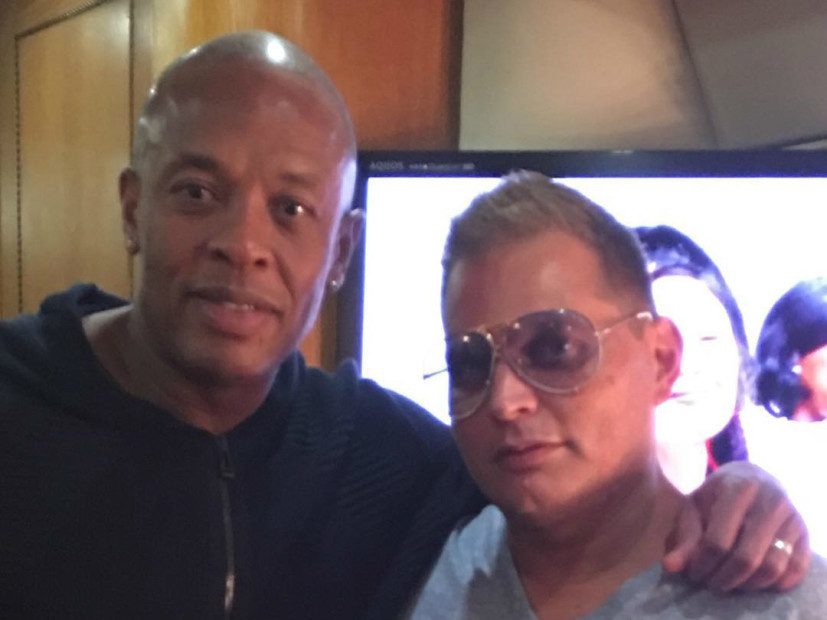 Dr. Dre and Scott Storch cemented a piece of history with their 1999 megahit “Still D.R.E.” They reportedly worked together on the Detox single “Under Pressure” with Jay Z. The track leaked in 2010. But, of course, the much-anticipated Dr. Dre album was scrapped. Since then, the two had a falling out as Storch turned to drugs and eventually went bankrupt.

Now, Storch is getting back on his feet, adding credits such as Rick Ross’s “Sorry,” which features Chris Brown, and the recently released “All Eyez” by The Game and Jeremih.

“It’s a big day in hip hop earlier today,” the music mogul writes for the caption. “Reunited and it feels so good#drdre X #scottstorch what a great meeting ! Stay tuned ❗️history repeats it self#weworking”

In an interview with Lobel for HipHopDX from February, Storch recalled making “Still D.R.E.” and detailed the natural chemistry he had with the Good Doctor.

“I remember he was having a sandwich in the kitchen,” he said, “and I started noodling this piano riff, ding, ding, ding, ding, and he came running in. He was like, ‘Yo, that’s that shit. What is that?’ He immediately got on the drums and killed that shit. We just, we made one. We got one.”

After Storch filed for bankruptcy a year ago claiming $3,600 in total assets, he talked about burning the bridge with Dr. Dre.

“I regret the way I treated Dr. Dre after he so graciously opened up the doors for this kingdom to me,” he said. “And I know the mistakes I made were 100 percent drug-induced and I just feel like that relationship isn’t over. And I hope to work with him in the future. Hopefully, he can accept me back into his good graces.”

And it seems like he got what he asked for.

It's a big day in hip hop earlier today . Reunited and it feels so good #drdre X #scottstorch what a great meeting ! Stay tuned ❗️history repeats it self #weworking ??????