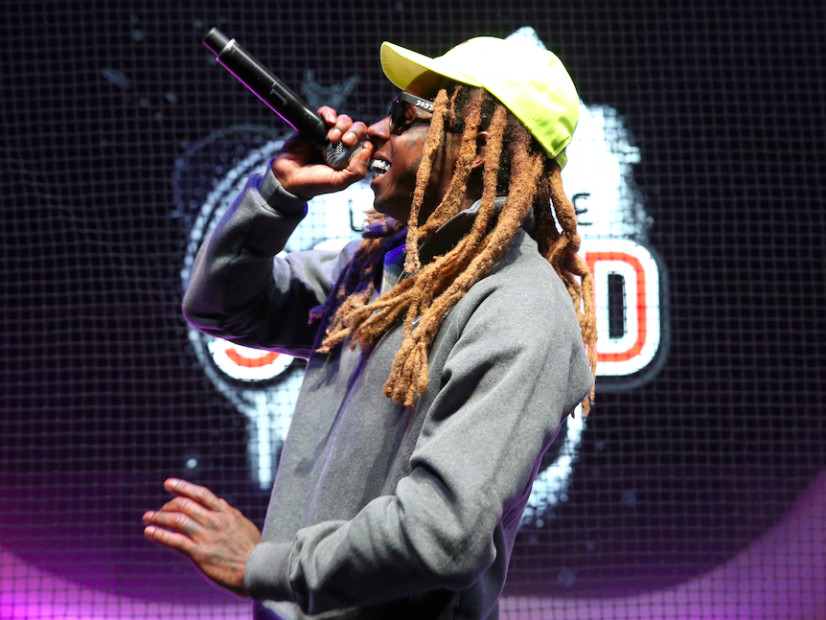 A day after his release from the hospital, Lil Wayne shows fans how well he’s doing with a surprise performance at the Samsung booth at E3 Expo 2016 in support of his mobile skateboarding game Sqvad Up.

Despite reps previously confirming with HipHopDX that he would not make it to E3, the Young Money boss performed a medley of 15 songs at the gaming expo including “Truffle Butter,” “I’m Going In” and Grammy Award-winning song “Lollipop.” The crowd sang along to Weezy F. Baby’s hits as six skateboarders performed tricks behind the New Orleans rapper while demoing Samsung’s latest technology.

On Monday (June 13), Tunechi‘s private jet was forced to make an emergency landing in Omaha after the 33-year-old reportedly experienced two seizures. He was taken to CHI-Creighton where he received medical treatment.

He was released on Tuesday (June 14) and used Twitter to thank his fans for the love and support.

The night before Wayne’s hospitalization, he appeared at Milwaukee’s Eight Nightclub where the “MFN Right” rapper allegedly drank three 16-ounce bottles of codeine.

Lil Wayne reportedly quit sipping drank back in 2013 following two prior seizures he had, one of which was nearly fatal. In January, he was spotted back at it.

Check out footage of the skateboarders at E3 Expo 2016’s Samsung booth below.