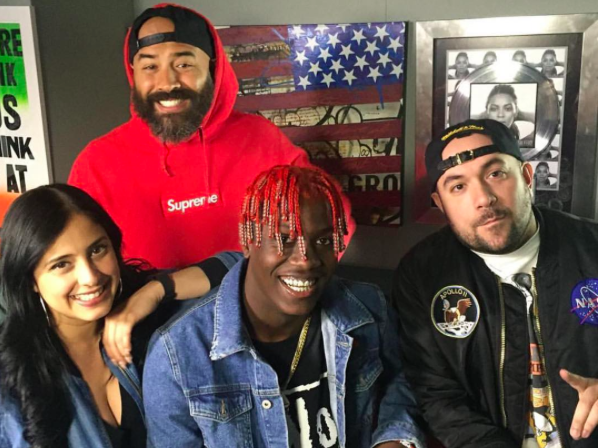 Lil Yachty: "I'm Not A Rapper"

Quality Control’s latest signee Lil Yachty doesn’t consider himself to be a rapper.

The “1Night” artist answered the question of whether or not he takes Hip Hop seriously in an interview with Hot 97’s Ebro in The Morning with a resounding, “I honestly don’t.”

He opts to label himself as an artist instead. “I’m just here,” Yachty continues. “I’m not a rock star. You would think I’m a rock star by my shows, but I don’t want [it] that way.”

The 19-year-old who says he’s made more money in the past four months than he’s ever made in his life, considers Chris Martin, Andre 3000, Lil B and Soulja Boy to be his biggest influences.

His debut mixtape Lil Boat was released in March with features from fellow Atlanta rappers Young Thug and Quavo.

Towards the end of the interview (at the 23-minute mark) the crew put the pressure on Yachty to spit a mean freestyle despite his I’m-not-a-rapper protest. He spits a few bars and as the hosts hyped him up, he politely asks them not to do that all while laughing and not taking the freestyle seriously.

“I’m not a rapper,” he ends his freestyle with.

Peter Rosenberg and Ebro agree that when it comes to listening to Lil Yachty, they’re not looking for top-level lyricism a la Kendrick Lamar and Rakim. Sometimes you simply want good vibes.

Watch Lil Yachty‘s interview with Hot 97’s Ebro in The Morning below.