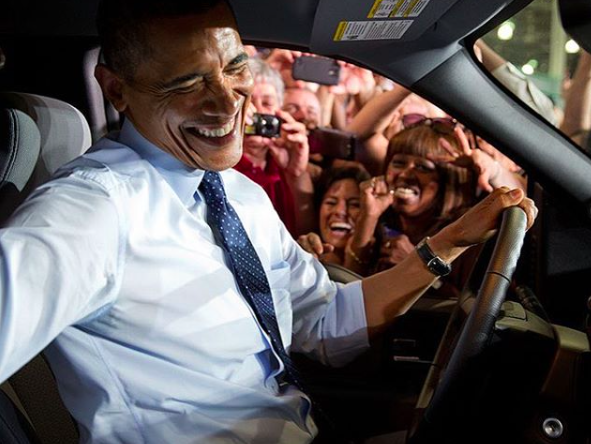 President Carter initially named June as Black Music Month in 1979. However once President Obama was sworn in, he changed the name to African-American Music Appreciation Month.

Every year since his presidency, President Obama has announced June to be in observance of, “the music that reminds us that our growth as a Nation and as people is reflected in our capacity to create great works of art.”

“A vital part of our Nation’s proud heritage, African-American music exemplifies the creative spirit at the heart of American identity and is among the most innovative and powerful art the world has ever known,” the proclamation reads. “It accompanies us in our daily lives, and it has rung out at turning points in our history and demonstrated how our achievements as a culture go hand-in-hand with our progress as a Nation. During African-American Music Appreciation Month, we honor the artists who, through this music, bring us together, show us a true reflection of ourselves, and inspire us to reach for the harmony that lies beyond our toughest struggles.”

The President has shown a lot of love to pop culture and Hip Hop music throughout his presidency. He has become a familiar namedrop among rappers and in January, he named Kendrick Lamar as the better rapper over Drake, whom he enlisted to help push the “My Brother’s Keeper Initiative.”

At the top of the year, he invited Nicki Minaj, Rick Ross, DJ Khaled, Pusha T, J. Cole and other Hip Hop notables to the White House for a mysterious meeting.