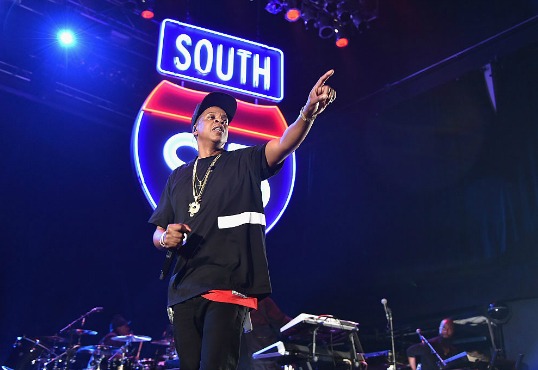 Pusha T and Jay Z represents two very specific eras of Hip Hop’s fascination with drug raps. Hov spent a nice chunk of his career catering to the classic mafioso aesthetic before evolving into the mega mogul that’s cemented his prolific career. Meanwhile, King Push has transitioned well as one-half of Brothers Thornton to the last remaining major label coke rappers where sing-song flows and club hits are seen as more important than being a lyrical gymnast. For “Drug Dealers Anonymous,” both give the best confessional coke flows they can and proudly make it a Tidal exclusive. Well, an exclusive for now. Produced by DJ Dahi, this would be the second week in a row Jigga has blessed listeners with a feature sense the “All The Way Up” remix. Giving readers a hot take on one of the most anticipated tracks of the year, HipHopDX Managing Editor Trent Clark, Senior Features Writer Ural Garrett and Contributor Jesse Fairfax have a lot to say about the first single from King Push.

Trent: Is this actually a Pusha T record? The tagline says it’s the first single from King Push but a Mr. Shawn Carter definitely runs away the track; going the extra mile with his requisite 16 bars.

Now for the nitty gritty. As always, I’m highly amused with the reactions across the net regarding yet another new Hova verse. Those individuals who can’t fathom the thought of Hip Hop culture moving forward past 1999 are doing a helluva job trying to convince their social media following that “D.D.A.” features the reincarnate of Reasonable Doubt Jay revisiting his days of shaking hands with cocaina caked in his pinky ring. Everyone else is writing it off as the subject matter well running dry with material, thus supplying the world with a retread on the days past.

I can honestly say despite a rather clunky start, the Jay verse was rock solid; replete with double entendres and he hit his stride somewhere along that Uber metaphor. (No shots but that DamnDaniel line was pretty asscheeks. We get that you’re not that removed from the Internet culture but congratulations, you dated your verse.) Pusha’s opening was marginally forgettable due to the fact that he’s been down this road several times before. In fact, I dare anyone to disagree you can mix and match Pusha T bars from the likes of Hell Hath No Fury, Fear of God and Darkest Before Dawn, and still not fall in line within the same context. When you’re blessed with the gift of lyrical landscaping, it may be hard to break through your ceiling since it’s already set at particular threshold but you gotta push through, King Push. The Hip Hop stratosphere has very few artists who can still offer up a classic album in the traditional sense and you are believed to be one of those individuals.

Also, long live TIDAL. Just sign up for your free trial, people. It’s not that serious.

Ural: Hip Hop this year has been dominated by the new school sensibilities of Desiigner’s “Panda,” the upgraded vintage New York flair of Fat Joe & Remy’s “All The Way Up,” the lush sonics of Chance The Rapper’s Coloring Book and anything regarding Drake. There’s this feel good vibe that’s all about being as radio friendly as possible or simply smile inducing. “Drug Dealers Anonymous” is thankfully the complete opposite.

Not even a year since being appointed president of GOOD Music, King Push has remained steadfast in maintaining his damn near infinite ability to rap about Hip Hop’s favorite illicit hustle. King Push: Darkness Before Dawn was a purpose filled appetizer and the upcoming album seems to be turning into a different beast within itself. Though DJ Dahi is becoming more known for his more colorful production style blend of angular samples, melodies and purpose filled drums, “Drug Dealers Anonymous” fits into the dark sonic aesthetic that’s been attached to Push more recently. This isn’t “My Type of Party,” “Worst Behavior” or “Money Trees.” One thing is for sure, DJ Dahi can strip his sound effectively when necessary.

And, this is more than necessary with Push. He demands to be heard and articulating his bars with his polished delivery hones in the point. Though rappers with less lyrical ability would sound redundant, Pusha still manages to pull cocaine metaphors and anecdotes out of his pockets like a Looney Tunes hammerspace. By now, Pusha has also damn near perfected the drug dealer anti-hero knocking down moral ambiguity. This is more evident in the “Who the fuck ain’t mastered this / America’s nightmare’s in Flint / Children of a lesser God when your melanin’s got a tint” after “I can baptize a brick / As I wash away my sins like a catholic.” As he gets older, it’s clear King Push gets the social/economic context of the drug game a lot more now.

“Yall think Uber’s the future / our cars been autonomous” is Hov playing cool as usual. Similar to the “All the Way Up (Remix)”, he’s using his guest features to more so explain himself than anything. Makes sense, stay out of the limelight and let the music do the talking for you. For his appearance on the Fat Joe & Remy single, he took shots at those rumors and allusions behind his wife’s black women empowerment epic Lemonade. This time, his verse opens up with conservative talking head Tomi Lahren who used Hov’s drug dealing past against him in countering what she perceived as Beyonce being anti-police through “Formation” and subsequent Super Bowl performance celebrating The Black Panthers.

His answer? “14-year drug dealer and still counting / Who deserves the medal of freedom is my accountant / He been hula hooping through loopholes, working around shit.” From Hov’s perspective, he went from literally selling dope to pushing some of the greatest rhymes in rap history. Those having a clue about the correlation between crime, poverty and drugs total get Hov’s controversial rise. At this point, he’s totally removed himself from that lifestyle to pushing cognac, sports clubs and his management company. From Jigga’s perspective, “the paper trail is gorgeous.” Oh yeah, that “Bitch I been brackin’ since the 80s” line is just as hilarious him asking detractors to Google him and saying #DamnDaniel.

A track like “Drug Dealers Anonymous” isn’t really supposed to exist in this day and age, but thank goodness it does. Never thought in this day and age, cocaine flows would find its niche in the era of “Trap Queen.” Thankfully, Pusha T and Jay Z spit with a style and flair of their own in one of the best lyrical exercises from any mainstream artist this year.

Jesse: When this song was announced I’ll admit I was hesitant. Pusha T’s credibility took a few hits with me considering ludicrous comments that The Life of Pablo is his boss’ best work ever, not to mention his co-sign of fly by night jackrabbit Desiigner. But between getting a jersey signed by fellow VA legend Allen Iverson and the arrival of “Drug Dealers Anonymous”, it would seem he’s having the best week ever.

Though they share a brotherly bond with Kanye West, Pusha T and Jay-Z have never been alone on a song until now so I guess the time was better than ever to attempt showing youngins they still have it. I’m used to more dynamic production from DJ Dahi, but less is more as Pusha caused my face to scrunch (in a good way) telling the world “My brick talk is more than obvious, it’s ominous.” Incessantly giving us the intricacies of the dope game for soon to be two decades, (who could have predicted his career when “The Funeral” came out?) he keeps finding ways to reinvent his game while making it seem effortless.

As somewhat of a Jay Z connoisseur over the years, as he’s aged he’s fallen into a formulaic comfort zone on the mic and “Drug Dealers Anonymous” isn’t much of a departure. Name dropping European labels I’ve never heard of and don’t care to Google (despite his insisting twice that I use the world’s most popular search engine), for some time he’s been coasting in comparison to his sharpest glory days.

Claims of losing 92 bricks aside, Hov’s believability is never an issue. His trafficking past can be documented via third parties and he’s more than wealthy enough to afford a life most can’t imagine, but I no longer get chills down my spine when blessed with a new verse. Once driven by hunger, rapping is now an ongoing game of Horse for him where he calls bizarre shots just to see what will land; unfortunately his blindfolded clever attempt at shouting out recent viral sensation Joshua Holz ends up as an airball.

On a side note, I’m annoyed by the TIDAL exclusivity of “Drug Dealers Anonymous” and ever so hesitant to embrace the streaming trend until the day I’m absolutely forced to. But as the song itself is concerned, I hope this wasn’t just a street record to satisfy Pusha T’s core fans with the forthcoming King Push going on to be catered to G.O.O.D Music’s millennial hypebeast hive.