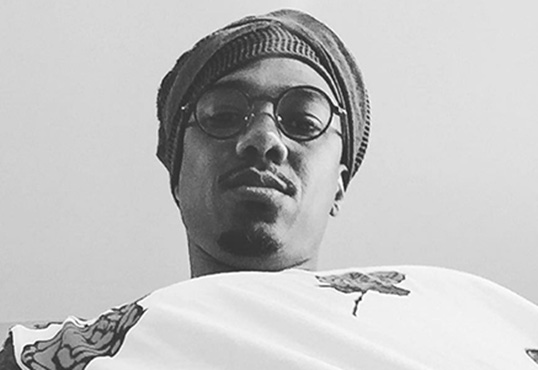 Nick Cannon has been in countless rap battles over the years as the host of the comedy/improv show “Wild ‘n Out,” but now it looks like he wants to raise the stakes.

The comedian issued an open challenge on Twitter recently to battle him, as long as the opponent puts up $100,000. The theoretical battle would go down during the 2016 BET Awards weekend in Los Angeles on June 25. He also mentions that it would be three two-minute rounds and that the crowd would decide the winner.

Yo tell your favorite rapper I got a 100k to battle them June 25th at the BET EXPERIENCE! #WildStyle Who should I get? These rappers scared!

I'm gonna be honest with y'all, I've talked to a lot of your favorite rappers behind closed doors and they ALL SCARED! LOL 100k Rap Battle!

Do I have to start calling these dudes out?! LOL

F#%k it at this point I'll battle your favorite rappers Ghost writer! LOL Put the $$$ Up!

We doing this for Hip Hop and Battle Rap Culture!

And once I win… I'm donating their 100k to the Children's hospital!!! #BETEXPERIENCE #WildStyle #Wildnout

Several rappers have shown interest in the offer, but so far it doesn’t look like anything is confirmed. Cannon has also started floating the idea that there might be a full card on the horizon for the event.

Over the years “Wild ‘N Out” has grown to include some MCs from the modern era of battle rap, with Conceited, Hitman Holla and most recently Harlem battler Charlie Clips all joining the cast.

Yo I want to see @HitmanHolla and @ConceitedNYC battle For real, this time! For TV!! BET Weekend, no soft shit!

Battle rap has featured prominently at BET’s award shows before. Snoop Dogg and Murda Mook put together a full card for “Gladiator School” at the BET Hip Hop Awards in Atlanta in 2014, and a slew of battle MCs hit the live cyphers in 2014 and 2015.

Most battle rappers seem to think they’d walk away with the win over Cannon and his crew easily, but are either unwilling or unable to pony up the stake. Here are some of the responses from around Twitter.

Yo @NickCannon nobody you got want it wit me. Run it !!

On some G shit!

I think @smoss would give @NickCannon HELL in that ring

They both contributed to battle rap that would be interesting ???

@JohnJohnDaDon @smoss I'm super ready! Thats fam! But as @iAmLoadedLux would say, He gon get this work!! LOL

@DaRealestNigga9 @AdrienBroner That's a good idea! But we already handed him his hat on #Wildnout Let's go AB!

@NickCannon @DaRealestNigga9 lets do this rematch!!!!

@NickCannon am I excluded? Cause if I have to put my own 100k up we can do it lol

@NickCannon u know what bro imma stay outta ya way cause I feel something else brewing here. I just always see a check. Carey on tho ???

“@NickCannon: Do I have to start calling these dudes out?! LOL”nick ask gabriel what i wud do lol the money is too risky tho its ur event ?

“@NickCannon: @Idealkontent21 @MRDIZASTER Stop typing!! Put the $$$ Up!” Why does the battler have to put it up u got the sponsers LOL

@MRDIZASTER Helps we weed out the less confident! Here to battle bosses! I can put you on the undercard tho! LOL Lets get money!!

If ur a battler and u can get 100k sponsor , be smart and give it to smack or ganik to set up something huge for the culture don't be HOE

Dont get me wrong i think what @NickCannon doin can open doors i think its retarded his askin battlers to give him bread. GOOD LUCK!

not that a clown like @NickCannon would ever battle me. But if he did the battle would be over quicker than his marriage & Id take his money