Kylie Jenner Responds To Those $2 Million Trickin' On Tyga Rumors 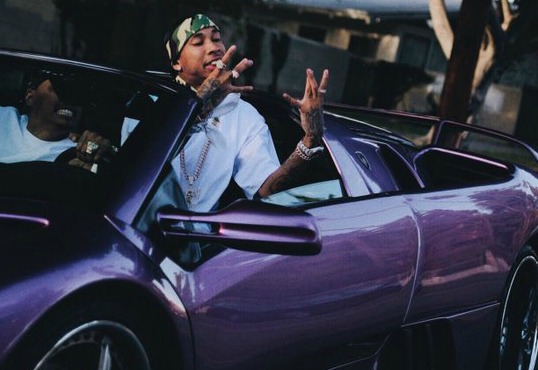 Los Angeles, CA – This past Thursday (May 26), Radar Online reported from an anonymous source that Kylie Jenner spent millions of dollars bankrolling Tyga’s lifestyle, legal bills against Cash Money and his last full-length album The Gold Album: 18th Dynasty. According to the report, the loan was in excess of $2 million.

Heading to Twitter, Kylie set the rumors straight by calling the speculations lies.

When it comes to his romantic life, Tyga also nipped another rumor in the bud; the one that was floating around that he had moved on to English model Demi Rose. He was recently spotted with the 21-year-old former Taz Angel in Cannes, France, and she also has video vixen background, most notably appearing in DJ Khaled’s “How Many Times” featuring Chris Brown, Lil Wayne and Big Sean, but it doesn’t appear that love is in the air as of now.

Despite Tyga serving as one of Hip Hop fan’s favorite punching bag for over a year, he still manages to release a slew of singles. He recently dropped the video for his new single titled “Cash Money”, which many perceive to be a shot against his former record label.