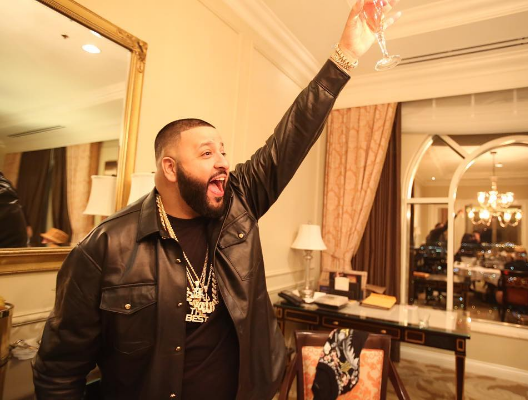 FACT: DJ Khaled just can’t stop winning. With 2016 only in its fifth month, the Miami-based artist and producer has already announced a string of business deals, including a management deal with Jay Z and a deal that sees his We The Best label become part of Epic Records’ umbrella.

Now, Khaled has revealed his next business endeavor: a partnership with D’USSÉ Cognac.

Taking to Instgram recently, the oft-referred “King of Snapchat” unveiled his new moniker: the D’USSÉ Don.

With this latest announcement, DJ Khaled joins a long list of Hip Hop personalities who have partnerships and endorsement deals with alcohol beverage companies, including 50 Cent and EFFEN vodka, Puff Daddy and CÎROC, and Nicki Minaj with Myx Fusions Moscato.

#NewDealAlert !! I spent my whole life striving to be one thing…the best! So much so that I created a brand bearing the name We The Best. In staying true to my life and cloth I proudly announce my partnership with Dussé, the best cognac in the world. I'd like to thank my manager and partner and my brother Jay Z for the opportunity to carry the Dussé logo to new heights. I am the Dussé Don! Respect the Code!!! Respect the logos. Dussé!!!! @dussecognac @wethebestmusic @rocnation @epicrecords #wethebest #rocnation ? #Major? the album soon come .. New music on its way ! ????? ?