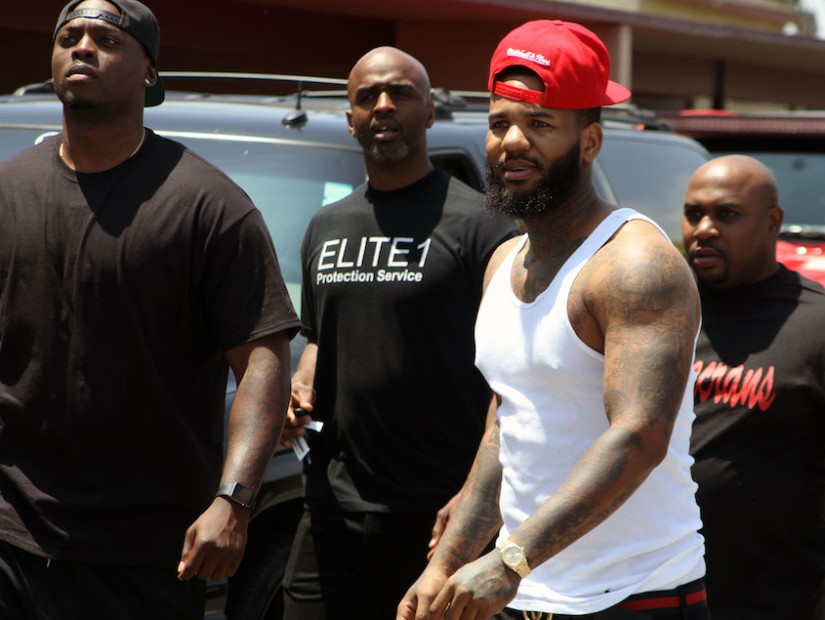 Los Angeles, CA – Last week, the recurring idea of a 50 Cent and The Game reunion exploded on social media after an Instagram photos tagged them both in the same location. Afterwards, HipHopDX spoke with Game’s artist, Pharoah last week, debunking the rumor that G-Unit was reuniting.

Over the weekend, DX got the chance to speak with Game at the video shoot for his single “Roped Off” featuring Problem and Boogie (which dropped today) at an apartment complex in West Compton. He said he couldn’t see a reunion with his former comrade anytime soon. “I don’t know where that came from man, but I can’t see that happening no time in the near future,” said Game. “You know he’s doing his thing, I’m doing my thing. Banks, Buck and Yayo, they all doing their thing.

As the ten-year feud between both turned more civil more recently, fans of both have wanted the two to collaborate again fueling rumors of a G-Unit reunion with the original line-up. This is something that hasn’t gone unnoticed by Game as well. “Positivity is all love these days,” added Game. “2016, we’re trying to keep everybody alive out here.”

The single “Roped Off” will be featured on a new project related to an upcoming A&E documentary inspired by The Hub City. Though details were sparse, Game said the film should provide another view of Compton. “Obviously, niggas is making money and make it straight outta Compton, but what about straight into Compton?” described Game. “It’s about coming outside to back in and letting the world see the hood like they ain’t never seen before. All the hoods and sides.”