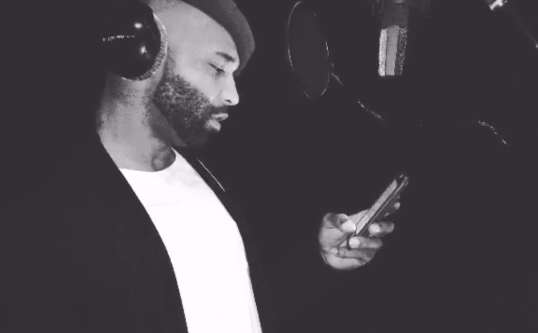 Is Joe Budden Retiring From Rap?

New York, NY – If you’re a fan of Joe Budden, check out one of his next six shows – they may be your last time getting to see him live.

After a tweet that listed six shows, Budden tweeted a surprising announcement.

“To whom it may concern, these are the last Joe Budden shows ever… Thx to all of you that helped me live out my dreams,” he said.

The announcement is unclear: is this only the end of his solo shows? Is he only done performing, or will he still record music? What about the Slaughterhouse album on Shady Records? DX will keep you updated.

The shows are at the following dates: May 27 at Underground DTSA in Santa Ana, May 28 at The Roxy in Los Angeles, June 2 at The Met Cafe in Rhode Island, June 5 at Cambridge in Monroe, June 13 at B.B. Kings in New York City, and June 15 at B.B. Kings in Washington D.C.

If this is the end of Joe Budden’s career, he leaves behind a memorable one. Coming up in the mixtape scene with DJ Clue, the New Jersey native signed with Def Jam in the early 2000s. His self-titled debut, lead by the Just Blaze-produced single “Pump It Up,” was his only album with the label, but it was all he needed. His vulnerable storytelling and punchline-heavy bars that quickly referenced current events earned him a rabid fanbase that made him one of the most respected underground MCs of the 2000s.

To whom it may concern, those are the last Budden shows ever… Thx to all of you that helped me live out my dreams.

His Mood Muzik mixtape series is likely the crown jewel of his discography before he and Royce Da 5’9” formed Slaughterhouse with Joell Ortiz and KXNG Crooked in 2008. The group released work independently until signing with Shady Records; their second album with the label, executive produced by Just Blaze, has not been released yet. Budden’s last solo record, All Love Lost, came out last year.

But his music has been less popular in recent years, compared to his role as a reality TV star. His visibility increased the most as a star on the VH1 show Love & Hip Hop: New York, which chronicled his relationship with model Tahiry in seasons 3 and 4.

If this is the end of Joe Budden’s career, how would you remember it? What are your favorite Budden moments over the years? How do you feel about his possible retirement? Let us know in the comments.