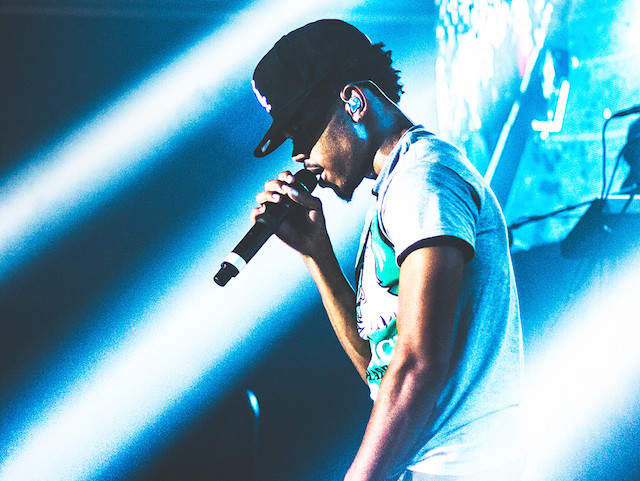 Los Angeles, CA – Thanks to a petition calling on the Recording Academy to consider free music as part of their eligibility requirements, Chance the Rapper’s chance of scoring a GRAMMY may happen sooner than later.

The organization is now considering revising their eligibility requirements to include artists such as Chance who choose to make their music available to everyone for free, the International Business Times reports.

“Not all artists should be forced to release their music for free, but the ones who do should not be punished for doing so,” the petition, which has been signed by over 27,000 supporters including Chance the Rapper, read.

Under their current rules, the Recording Academy only considers music that is sold commercially, ignoring a growing group of artists, mainly in Hip Hop, who choose to make their music available to everyone.

“He said let’s do a good ass job with Chance three,” the 23-year-old rapped.  “I hear you gotta sell it to snatch the Grammy / Let’s make it so free and the bars so hard / That there ain’t one gosh darn part you can’t tweet.”

Acknowledging the shift in the way music is consumed, a spokesperson from the Recording Academy released the following statement to International Business Times.

“The Grammy Awards process is fluid and, like music, continues to evolve. As a peer-voted award, the awards process is also peer-determined. Each spring, music creators in the community work with Recording Academy staff to prepare and submit proposals, which are then reviewed by the Board and announced shortly thereafter.”

Additionally, the Academy tells IBT that an adjustment could be made in time for the 59th Annual Grammy Awards in 2017 with any changes announced in June. Proposals are currently still being reviewed by the organization.

Chance released his Coloring Book freebie, yesterday May 13 to much fanfare from fans and peers alike. The project could be one of the first mixtapes the Recording Academy considers for a Grammy nomination should eligibility requirements change.