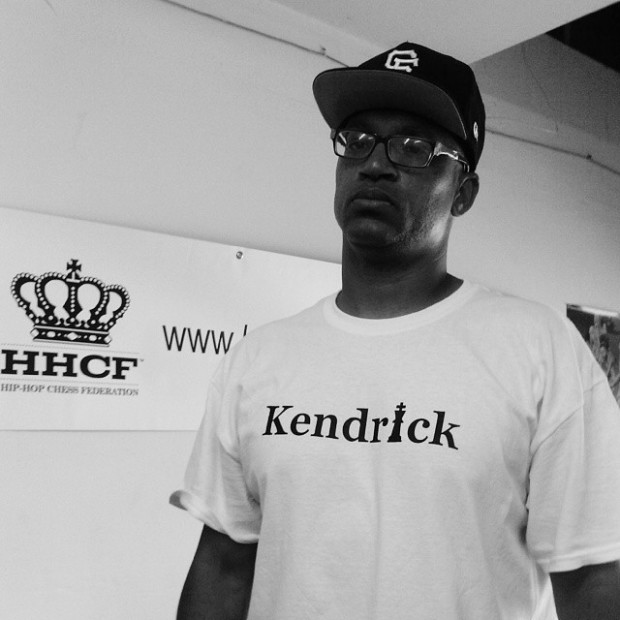 Fremont, CA – Afrikaa Bambaataa’s alleged sexual abuse history to children is impacting all who ever associated with him.

Adisa Banjoko, who founded the Hip Hop Chess Federation, announced his resignation from the Universal Zulu Nation, days before the organization severed ties with Bambaataa himself.

“He has personally helped me and I don’t want to be ungrateful, but I do not want to defend a child predator,” Banjoko wrote, confirming his beliefs of guilt. “That is what makes my separation from UZN painful but mandatory work…The father in me, the teacher in me, the protector of the youth that I strive to be cannot be in the proximity of the allegations made against Afrika Bambaataa and top tier leadership of UZN.”

“Hip-Hop is an art for the youth, by the youth. If they are not safe, then Hip-Hop itself is not safe,” Banjoko wrote. “…Ultimately I believe that if the elders in Hip-Hop have the title of leaders, teachers, mentors and protectors of the community at large we have a duty to the youth that is greater than other alliances with adults. That is the case here.”

Along with the classic song “Planet Rock,” Bambaataa is most known as the founder of the Universal Zulu Nation. The organization initially united several street organizations in the Bronx, and developed into an international network of emcees, DJs, and other people who were immersed in Hip Hop culture. Banjoko describes the UZN as “an organization that founded and organized what you know now as Hip Hop,” and “keepers and custodians of the subculture since the early 1970s.”

“They have united many people across the world under the banner of Hip-Hop and they have been instrumental in negotiating peace treaties between rappers and other street organizations. It is impossible to quantify their value to the world of music, dance, art, or fashion- let alone the rap industry,” he wrote.

Banjoko has been a longtime supporter and member of the group, and he interviewed Bambaataa for his book Bobby, Bruce & Bam: The Secrets of Hip-Hop Chess, which he released in April. But recent weeks have seen multiple men step forward, claiming that the Hip Hop icon forced them to perform sexual acts while they were children.

A former bodyguard recently came forward with claims that Bambaataa assaulted “hundreds” of children since the 1970s.

On May 6, the storied organization took a stand once and for all releasing a statement that they were under new leadership and undergoing a restructuring phase, suggesting that Bambaataa (born Kevin Donovan) would no longer play a role in any of the group’s future developments.

“Looking at all of the allegations against Afrika Bambaataa I must say that all of it is deeply troubling. I have worked directly with a lot of teens who have been abused by trusted adults. I have seen the damage first hand,” Banjoko continued. “I cannot pretend to know exactly what is happening inside the UZN. However, something seems to have gone deeply wrong with Afrika Bambaataa and some of the top tier leadership.”

Bambaataa has not been charged with any crimes and continues to maintain his innocence.