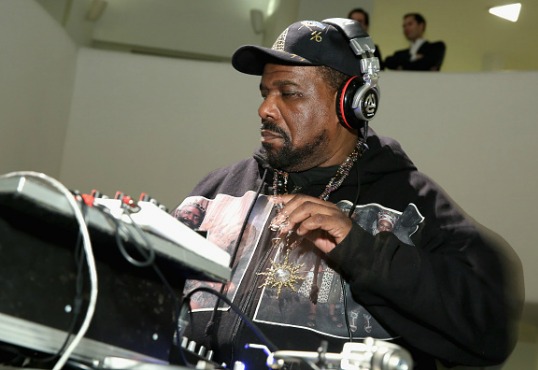 Bronx, New York – A man who claims to be Afrika Bambaataa’s former bodyguard has come forward to speak up about allegations of child sexual abuse toward the Hip Hop legend.

“Bambaataa goes around fronting, like he’s this holier than thou. He’s a fucking pedophile,” he said. “…This is a well-known fact in the Zulu Nation.”

Shariyf said that he remembers young boys constantly going in and out of Bambaataa’s apartment in the Parkchester neighborhood in the Bronx. Other children would actually tour with Bambaataa overseas, he said; those who didn’t condone his assaults on children wouldn’t go on tours overseas with him.

“There’s always a boy in his house. When he leaves and gets home, there’s always a boy there. I’ve seen them camped, asking him for money,” Shariyf said. “He travels with late teens, those are the ones he takes overseas with him. When I went with him on tour in the states, I’d stay in one room, and he would have boys in the room with him.

“Since the 70s, it’s been hundreds,” Shariyf said. “…I can say I’ve walked in on stuff where I say, what the fuck is going on?”

He added that in 2007, he told the Zulu Nation to bring Bambaataa up on charges. He said that as a result, he was accused of trying to get money from Bambaataa, and he broke ties with Zulu Nation shortly thereafter.

When Star asked what could be done to get Bambaataa help for his pedophilia, Shariyf said that Bambaataa is “beyond help.”

“His help is going to come from the Creator, in a way that we won’t know until we see it,” he said. “But with mercy is justice. He has to deal wit justice before he gets mercy, because he made a lot of people suffer. He needs to be held accountable.”

Bambaataa and the Zulu Nation have denied wrongdoing, and have said his accusers want to tarnish his and Hip Hop’s reputation.