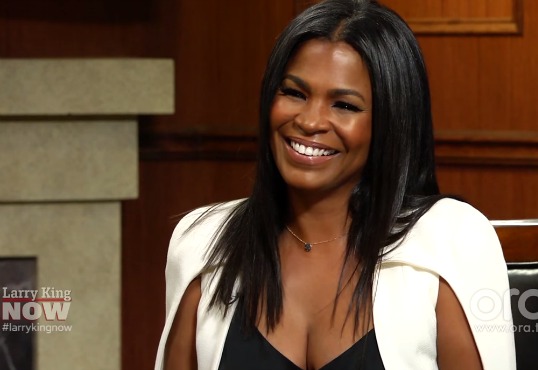 Those were the remorseful lyrics from J. Cole’s acclaimed 2014 Forest Hills Drive cut, “No Role Modelz,” a record where the platinum-selling rap star refused to allow any groupies bask in the glow of his hard-earned celebrity.

During an recent interview with Larry King Now, the 45-year-old actress, who has been name-dropped in a many a rap song before Young Jermaine lyrically took his shot, responded to the lyrics and put it out there that he got it all round.

“He’s really not too young,” Long relayed to King with a smile. “He just doesn’t know it. He should never underestimate the power of being young, rich, and a successful rapper.”

When asked who was her top pick was between the 3/4’s of the proverbial Mt. Rushmore of Rap in today’s generation: Cole, Drake and Kendrick Lamar, Long doubled down on her stance that she loved her some Simba cub.

“J. Cole for sure,” she replied. “I mean I like Drake but… I’m just leave my answer there.” And we couldn’t help but throw one more name in the mix, “Now see, if you throw Kendrick Lamar in there… I’m a still pick J. Cole,” she continued.

The tail end of that comment is especially hilarious, seeing that Long infamously curved Lamar on the BET Awards red carpet; a moment that instantly went viral.

There is a good chance that Cole was just stringing rhyming words together, seeing that he is a newlywed but who knows what the future holds? Watch the clip from Nia Long’s Larry King interview below.