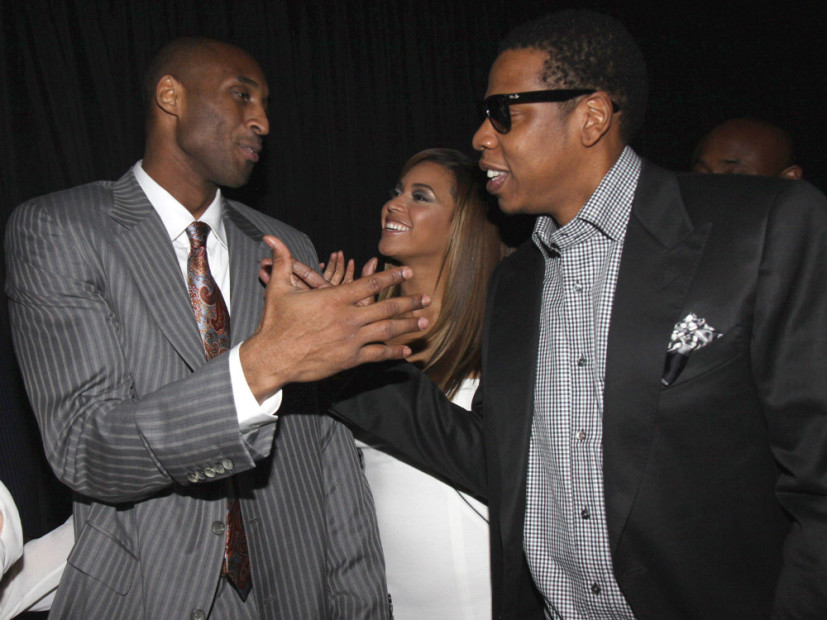 With one week left in Kobe Bryant‘s NBA career, The Players Tribune asked some teammates of the Los Angeles Lakers legend about their experiences with Bryant during the team’s three-peat championship run in the early 2000’s.

Brian Shaw and Devean George liken the five-time champion’s legacy to that of Jay Z‘s. They say that the Black Mamba would outshine all of them not only as a player, but in team bonding activities as well.

“We would always freestyle on the back of the bus,” Shaw, who was with the team for four seasons, says. “Whenever a new Jay Z album came out, it was a big deal. Guys would get it Day One and be rapping their favorite songs. Maybe they knew the first few bars or the hook. Well, Kobe would be on the back of the bus rapping every single line of every single song the day after the album came out. I’m talking every lyric. It was genuinely amazing. Nobody could figure out how it was possible.”

During the time period of the team’s championship streak, Jay Z released Vol. 2… Hard Knock Life in 1998, Vol. 3…Life and Times of S. Carter in 1999, The Dynasty Roc La Familia in 2000 and his classic The Blueprint in 2001. George remembers trying to think of ways that Bryant would learn the lyrics so quickly.

“I would picture him sitting up all night with his headphones on, scribbling the lyrics over and over in a notebook like my kids do when they study for an English test,” he says. “The damn album just came out yesterday, and he knows it front to back.

“That’s when I realized, maybe this guy is a genius. Either that, or he was getting Jay to send him advance copies. Either way, that’s a little window into Kobe. He was obsessed with greatness.”

Bryant will play tonight (April 11) against the Oklahoma City Thunder and have his swan song Wednesday (April 13) when the Lakers host the Utah Jazz. The 37-year-old was drafted out of high school in 1996. He spent his entire career with the Lakers and went to the playoffs 15 times. He was named Finals MVP twice and won the league honor for the 2007-2008 season.

Read the entire story at The Player’s Tribune.