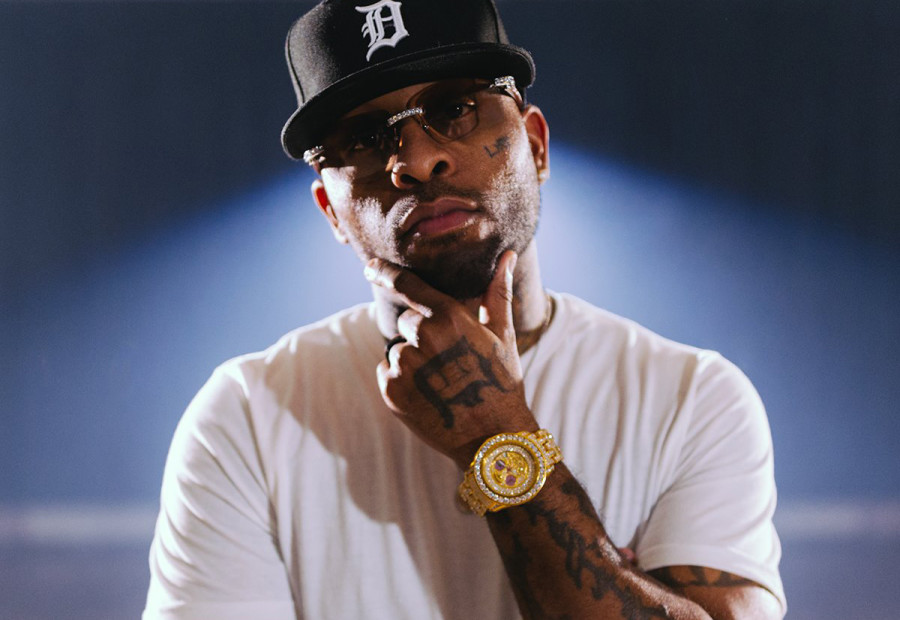 Los Angeles, CA – Now this is a story all about how Royce 5’9 first met Dr. Dre. Royce was 19 years old and living in Detroit with his parents. His friend, Marshall Mathers was in California working with Dre. Unbeknownst to Royce, Mathers shared Royce’s demo tape with the legendary producer. Then he received a phone call that would put him on the rap map.

“My father comes walking in the room and says, ‘Somebody by the name of Dr. Dre is on the phone for you,’ recalls the “Tabernacle”-emcee in a conversation with HipHopDX’s Live With Steve Lobel. “I had sent my demo to [Eminem]. He was in California. He played it for Dre but he didn’t tell me that Dre was gonna call me. I guess that was gonna be a surprise. I’m like, ‘Dr. Dre?’ People used to play on people’s phone back then, so I knew that it ain’t the Dr. Dre that I’m thinking. I get on the phone like, ‘Hello?’ He was like, ‘Yo, what’s up? This Dre.’ Automatically it sounded exactly like the N.W.A record. I knew exactly who I was talking to. I was like, ‘What’s up, man?’ I wasn’t mature enough to be like, ‘To what pleasure do I owe this phone call?’ I just froze. He just kind of navigated and said, ‘Yo, man. I really like your music, man. I wanted to know if you’d be interested in kind of coming out here and help out working with the album.’ I was like, ‘Would I?’ Then he put me on a plane and that was my first time coming out here to Los Angeles.”

As he tells it, after landing in LA, he took a car straight to Dre’s house where the two immediately jumped into a recording session.

“I remember walking through his garage,” Royce says. “It was this huge house. First time I’d ever seen a mansion. I go in there. There’s an entrance that goes straight into the studio. I’m sitting down and biting my nails waiting on him to come in because Marshall wasn’t there. He comes walking in and he’s like ‘What’s up?’ Dog, when I tell you… I’ve met a lot of people during my journeys in the Hip Hop business. He went out of his way the most to make me feel comfortable knowing that he’s a celebrity and I’m just a kid. We clicked immediately. I got into my comfort zone so fast because there was no pressure, no opinions. He was like, ‘Just write. Have fun.’ He was picking beats, picking drums, real hands-on. That dude is a producer. I just started writing as much as I could, just coming with ideas.”

Royce’s time in the studio resulted in the final cut on 2001, “The Message,” a powerful track about the death of his brother, something that immediately connected with Dr. Dre.

“I didn’t know anything about his brother,” Royce concludes. “I was rapping about my own experience, something that had just happened to me. Everything that you hear on that record—from paging him and leaving 911—all of these things I did myself. It just so happened that he did the exact same thing. That whole concept resonated with him because, for the most part, it’s true to the story. It was meant to be.”

Royce also details how Tabernacle: Trust The Shooter was inspired by an unbelievable 24 hours where his grandmother died, his son was born and he met Eminem. Watch the full video above. Listen to “The Message,” below: