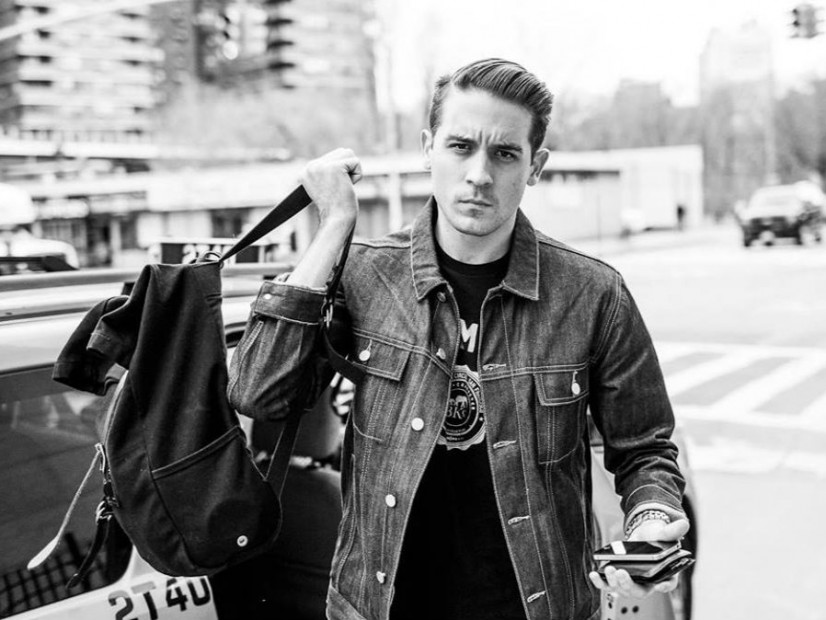 G-Eazy continues to garner commercial success with his sophomore album, When It’s Dark Out. The LP remains at #16 on Billboard’s Top 200 albums chart 15 weeks since its October release.

In a recent interview with Larry King, the Bay Area rapper is asked what his biggest splurge has been so far since establishing himself in the music industry.

“This, it’s the only nice thing I have,” G-Eazy says, pointing to the watch on his wrist. “It’s not even full a full gold Rolex. It’s just half gold, half silver or half white gold. I forget.”

The “Me, Myself and I” rapper then details the story of getting the timepiece.

“I just always wanted a Rolex,” G-Eazy says, pointing to a and there was a Rolex store across the street from the apartment I was living in in San Francisco. I didn’t know that you could go to like a jeweler and probably get a better deal than the Rolex store, but I just always wanted to wake up in my pajamas and just go do that. I just walked across the street and got a Rolex.”

The rapper wasn’t fully prepared for the purchase, but he got the watch in the end.

“I think my credit card got declined at first and I was real embarrassed. I was like, ‘I have money.’ I gotta call the bank.”

The full interview with Larry King is set to air Friday (April 1) on OraTV.

Watch the video of G-Eazy sharing the story of buying his Rolex with Larry King below: