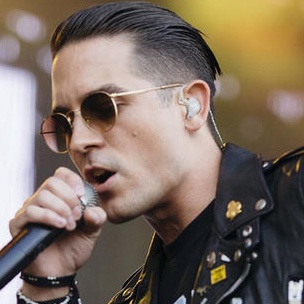 During an interview with 106 KMEL’s Shay Diddy, Oakland, California rapper G-Eazy was asked about being featured on Forbes’ “Hip Hop Cash Princes” list. When asked about being recognized by the business magazine, the West Coast lyricist stated that it was “an honor.”

He also attributed the nod from Forbes to his drive and the opportunities he’s taken advantage of in his career.

“I mean, it’s cool,” G-Eazy said. “It’s an honor. It’s most definitely amazing to be recognized by Forbes. But, it’s just really all I know is go. I’m just a goer…It’s really just no days off and just maximizing opportunities. Taking advantage of everything that’s in front of us because I dreamed about this forever. Years and years and years. And it’s not—You don’t just get these opportunities. It just doesn’t happen to everybody. So, it’s like to have this window we have right now. To have everything lining up the way it is with the new album doing well. You gotta strike while the iron’s hot and get it while you can.”

G-Eazy also spoke on his recent foray into acting with the short film Tunnel Vision, which also features Keak Da Sneak. In regards to future acting gigs, he stated “everything in due time.”

“It’s crazy,” he said. “I had never acted before anywhere in life. No theater, high school, nothing. And I just did this short film. I liked the role. I liked the story. We did it. We knocked it out in three days. Like 16 hour days on set, crazy. And I really just—I got the bug. I fell in love with that. It was just different. You’re so used to making music and this was almost like a different way of expressing yourself. A different world. But it was cool…Right now, we’re touring for like the next six months. And then get to work on the next album. So, everything in due time. But it’s something cool to dabble in.”

Video of G-Eazy speaking on his placement on Forbes’ list, can be found below.