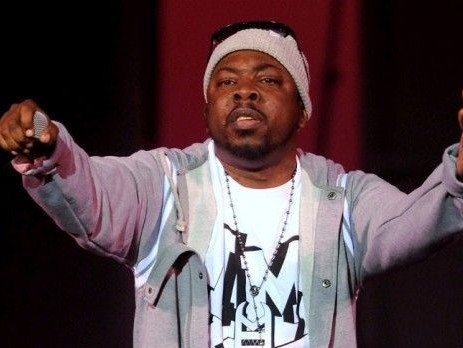 Q-Tip paid tribute to the late Phife Dawg on his Beats 1-hosted radio show Abstract Radio yesterday (March 26). He played a two-hour long A Tribe Called Quest mix of songs, whether it was recorded live or a in studio, betwixt a few drops from his peers dedicated to Phife Dawg including Kendrick Lamar, Andre 3000 & Chuck D.

Pharrell, Just Blaze and Big Boi among other Hip Hop notables are amid those who also recorded tributes that were featured on the radio show before Andre 3000 told his story.

The Outkast member details why there wouldn’t be an Outkast without A Tribe Called Quest and how Phife Dawg’s rhymes encouraged him to expand his vocabulary.

“He actually made me want to know more about words and use them as tools,” 3 Stacks says in his recorded tribute. “Like, words that you may have not even know before. He made it actually cool to use those words. There was a point where I was listening to Tribe in High School and there was a point where a lyric–Tip was saying ‘Like getting stomach aches when ya gotta go to work / Or staring into space when you’re feeling berserk / I don’t really mind if it’s over your head / Cuz the job of resurrectors is to wake up the dead / So pay attention, it’s not hard to decipher / And after the horns, you can check out the Phifer.’ When he said that, I knew what kind of rapper I wanted to be.”

Dre also recalls Outkast recording their first demo on A Tribe Called Quest cassette tape and notes how integral the group was to their career.

Kendrick Lamar also recalls the moment he felt inspired by Phife Dawg when he first listened to “Scenario” at six-years old.

“The flow was crazy, the beat was crazy, but one line stuck out out me in particular the…the line in particular: ‘I’m all that and then some short dark and handsome / Bust a nut inside your eye, to show you where I come from,'” says the “For Free” rapper. “I just thought that line was witty at the time you feel me being a kid as six years old. I’m short myself so I was rocking that way.”

In Chuck D‘s tribute, he calls Phife his little brother and “a Hip Hop rap world warrior” who was able to relate to the masses through his words.

“The man lives and breaths Hip Hop,” says the Public Enemy member. “The man’s a social narrator along with the world-legendary all-time A Tribe Called Quest. What a team along with Q-Tip, along with Ali Shaheed Muhammad, along with Jarobi. Team player in the game and really from Queens, these kings.”

The two-hour long Phife Dawg-dedicated radio segment as it played on Q-Tip‘s Abstract Radio for Beats 1 is as follows: