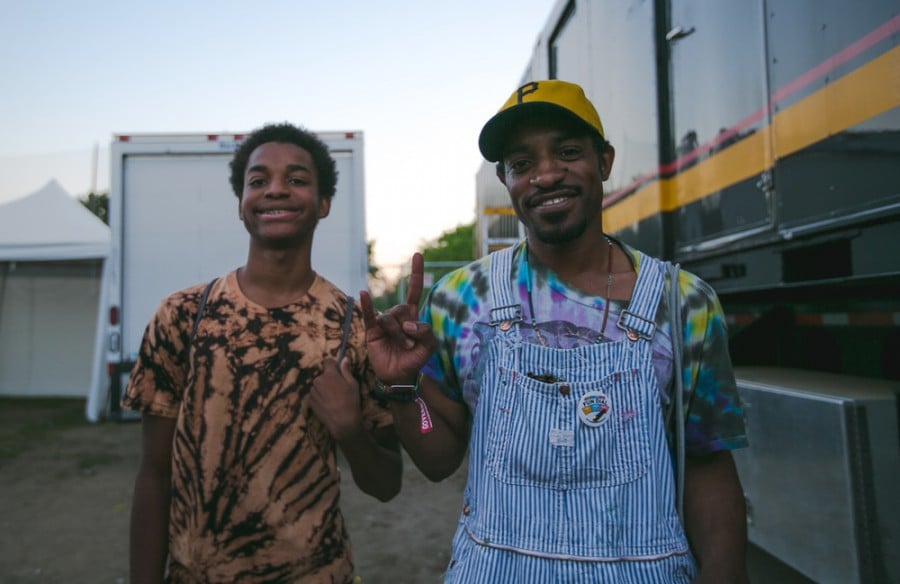 Andre 3000 hints at his 18-year-old son Seven’s lyrical prowess during a surprise visit to Kid Kraddick In The Morning while visiting his friend L.A. Reid who was promoting his memoir “Sing to Me.”

“He can actually rap,” 3 Stacks says. “But he don’t want people to know he can rap. He’s actually good.”

The Atlanta musician says he offered some advice with his son, whom he shares with Erykah Badu, to avoid gross comparisons.

“Just put it out,” Andre 3k says. “If people like it then people like it and you can reveal at anytime you want. He might already have songs out that y’all listen to that you don’t even know about.”

Dre says his son helps him to stay cognizant of the latest rap talent currently out and praises a few artists that are on his radar.

The American Crime actor was recently featured on Erykah Badu’s But You Caint Use My Phone cut “Hello” and Kanye West’s “30 Hours” from The Life of Pablo.

The full surprise interview of Andre 3000 discussing his son’s talent with Kid Kraddick In The Morning is as follows: