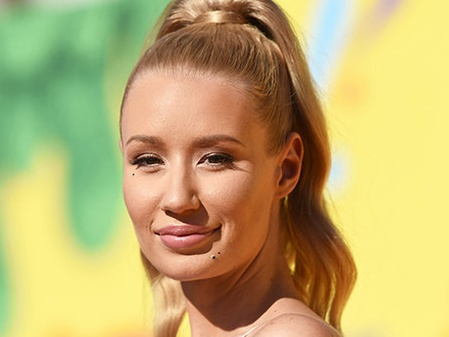 Iggy Azalea says she has the same number of writers as Nicki Minaj.

In a move straight out of the Meek Mill playbook, Iggy Azalea recently suggested that fellow rapper, Nicki Minaj works with ghostwriters. During an appearance on Bravo’s “Watch What Happens Live” this week, the Australian musician was asked about subliminal comments Nicki made during her acceptance speech at the 2014 BET Awards.

She later explained that she didn’t initially feel that Nicki’s comments were directed at her.

“I have just as many people on my writing credits as she has on hers,” Iggy Azalea said. “So, I don’t think there’s–I know I write mines. If she writes hers, I believe her too. But you can’t look at the credits and be like ‘Oh, look at this massive difference.’ It’s the same number of people on both…Unless you say my name, I don’t really have time to speculate.”

During her BET Awards speech, the Queens rapstress specifically stated “that when you hear Nicki Minaj spit, Nicki Minaj wrote it.”

Iggy also revealed that she’s back on good terms with Snoop Dogg. She offered that particular update when asked what artist she’d be most willing to collaborate with, out of Eminem, Azealia Banks, and Snoop Dogg.

“I’d choose Snoop because we’ve made up since then. And we were actually friends before then,” she said.

Video of Iggy Azalea speaking on Nicki Minaj possibly using ghostwriters, can be found below.