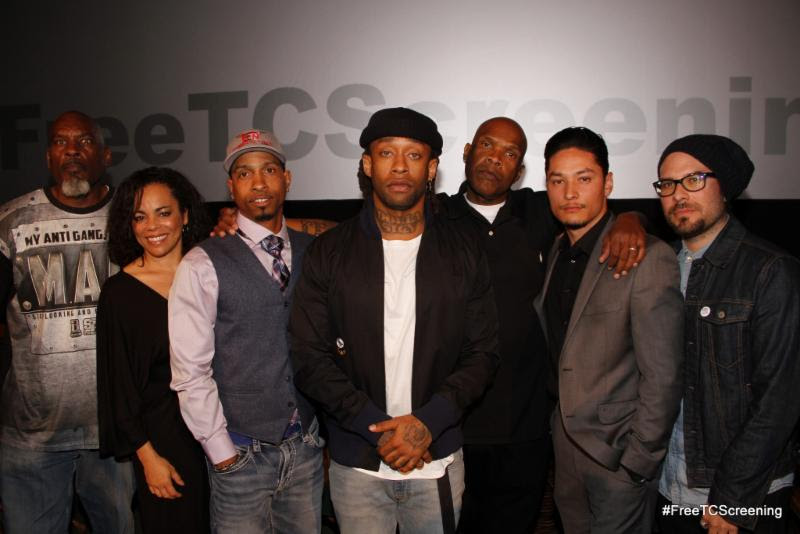 Hollywood, CA – Ty Dolla $ign released the deluxe version of his Free TC album today (March 25) for more than to put four new songs on the project. The Los Angeles singer-producer is seeking to raise more awareness for his brother, Gabriel “TC” Griffin, who is serving a prison sentence after being wrongly convicted for murder.

The “Blase” artist screened the Free TC mini documentary Wednesday (March 23) at Raleigh Studios in Hollywood, California to detail TC’s story and explain how he is one of 10,000 people who are wrongly convicted in America each year. Even though the Free TC album has been out since November, he says that now there is added reason for people to pay attention to the project because he is continuing to use proceeds from it to pay for the legal fees for his brother’s case. TC is incarcerated at California’s Calipatria State Prison.

“I wanted to put out the visual documentary actually when I first put out the album,” Ty Dolla $ign says in an exclusive interview with HipHopDX, “but time didn’t work out to do it that way. Everything happens for a reason. Everything happens when it’s supposed to. Now we have new songs and a new visual to go with the deluxe version of Free TC, so everyone should to out and get it even more important than the first time.”

TC was given a 67-year sentence for first-degree murder in 2004 and was denied his first appeal in 2008. He lost his lawyer and he and his brother are now preparing for his second appeal.

“You only have two,” Ty Dolla $ign says of the next step in the process. “This next one’s very important. Shoutout to everybody that’s been supportive. Like I’ve said from the beginning, every dollar that I’m making from this is going to his case to get the best lawyers to provide the best situation for him to get a second chance at life like he deserves just like everybody else.”

At the screening, radio personality Big Boy hosted a panel to further detail the realities of the prison system. Among the participants were Marcus “Big Ship” Bell, a former gang member who works with the Gang Life to New Life program, Obie Anthony, who, similar to TC, was wrongfully convicted for murder and served 17 years in prison before being vindicated, and Sabra Williams, founder of The Actors Game Prison Project who helps inmates find transformation and peace through the use of the arts. A common theme among the panelists was to go beyond social media to make a difference and raise awareness about the injustices in the legal system. Something as simple as a conversation in an Uber could bring change. A major factor to finding solutions is education.

“Just talk about it,” Ty Dolla $ign says, reflecting the message of the panel. “Spread the word. Buy the album, most important and I’ll do the work.”

Ty Dolla $ign was featured on two songs on Kanye West’s The Life of Pablo album. He calls the experience working on the project “amazing” and says that he has found both the songs, “Fade” and “Real Friends” to be popular among people he interacts with. For him, the latter track reflects the work that he is doing with Free TC and represents the importance of keeping your loved ones close.

Watch the interview with Ty Dolla $ign discussing the Free TC documentary below: