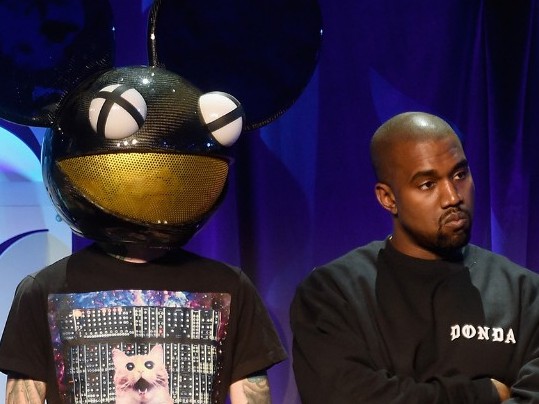 Deadmau5 has decided to capitalize off his and Kanye West‘s back-and-forth Twitter quarrel earlier this month by selling t-shirts with “Dead Mow Cinco” printed on them.

The spelling is in reference to The Life of Pablo rapper purposefully misspelling the EDM producer’s stage name as “dead-mow-five” on Twitter.

Deadmau5 tweeted a link on Wednesday (March 16) for fans to purchase the t-shirt with “Dead Mow Cinco” and the mau5 head printed on it for $24.95.

The 35-year old Canadian put Yeezy on blast when the “Ultralight Beam” rapper posted a picture on Twitter of his computer with one of the tabs open to illegal torrent website Pirate Bay and one for Serum, a producing software co-owned by Deadmau5.

After Kanye caught wind of the tweets he suggested Deadmau5 perform at his daughter’s next birthday party because she likes Minnie Mouse.

Kanye later revealed that he purposely tweeted the picture that caused the uproar and it actually was not his computer in the picture.

Deadmau5 and Kanye West’s tweets are as follows: