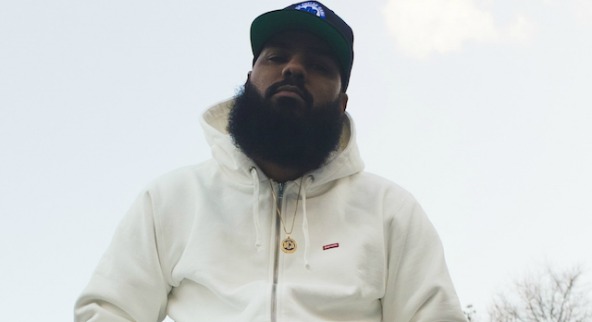 San Clemente, Calif. – Stalley is constantly giving fans and onlookers envisions of his hometown state Ohio with every step of his life. Which is why he is stepping out in a brand new collaboration with Stance Socks for his own Blue Collar Gang imprint.

The Uncommon Thread sole provider has lifted the shroud off of their partnership with the Maybach Music mainstay and he couldn’t be more ecstatic of the final result.

“My new Stance Socks collaboration reflects the music in the sense of clean style, but fashionable,” Stalley exclusively tells HipHopDX. “It gives identity to someone who isn’t loud and may be an introvert but wants to show their trendsetting ways.”

The limited edition follows the release of Stalley’s latest project, Saving Yusef, which bathed in the same Midwestern ambiance that earned the Ohio native a legit career in music, all derived from the same blue collar ethos he screams at shows across the globe. HipHopDX recently described the mixtape as “a solid addition to the Midwestern vet’s catalog,” which make for a “a reliable listen.”

“Two great brands collaborating together to bring blue collar comfort to the hard working,” he continued. “Stay cozy my friend!”

The Stance and Stalley collection are available as of today, March 14th, 2016, in two different styles and are selling for $16.00 at all Anthem retailers and Stance.com.