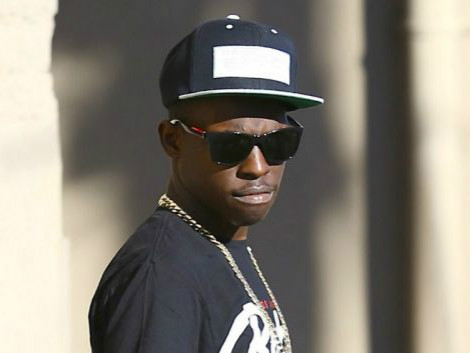 While in jail, Bobby Shmurda is writing a movie script about the origins of GS9. Shmurda, born Ackquille Pollard, has been incarcerated for almost a year and a half and his mother, Leslie, shares with XXL that he has found writing a good way to keep his mind occupied.

“A lot of people don’t know but, the GS9 is his music label, and the guys that are locked up with him, 90 percent of them are childhood friends since he was 3, 4 years old,” she says. “He just wants to build a storyline, letting people know where they started, where they came from and how these people are and what they’re doing and what the media is trying to portray them as. He also gave us insight about who, which people he’s going to let play which characters and things of that nature.”

The “Hot Nigga” rapper was arrested in December 2014 with several members of the GS9 crew on weapons and murder charges.

His mother shares that he has another script in the works based on his whole experience with the justice system. Pollard sees her son as a natural entertainer who can easily make the crossover like another famous rapper-actor.

Pollard says that the experience with the arrest has helped Shmurda plan how to live more carefully when he regains his freedom.

She also clarifies Shmurda’s bond situation and says that the system is treating him as a celebrity and not as the person that he is.

“A lot of people are not fully aware of what’s going on,” she says. “I see that they have it out in the media that he’s been denied bail seven times, he hasn’t. He’s been given a bail, on the first arraignment which is two million dollars. What has been denied has been the reduction of the bail. The bail is excessive due to the charges that he’s facing. It’s very excessive. It’s just because of who he is and because he makes the case a high-profile case.”

Shmurda is set to start trial May 11.