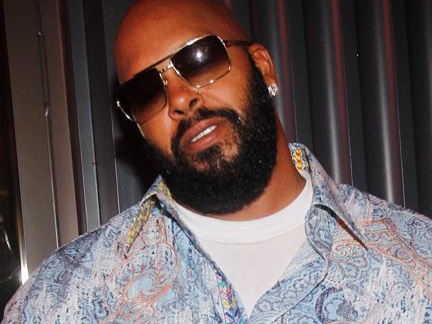 According to author Michael Douglas Carlin, former LAPD detective Russell Poole planned on apologizing to Suge Knight prior to his passing last year.

While appearing on the Murder Master Music Show, Carlin revealed that the late Russell Poole “felt very bad” for initially blaming Suge Knight for being involved in the murder of The Notorious B.I.G. Carlin added that Poole had plans on apologizing to Knight, but passed away last August following a heart attack.

“Russell had thought that all of this evidence pointed to an inside job with Death Row Records,” said Michael Douglas Carlin, who in January published the Chaos Merchants: Murders of Tupac Shakur and Notorious BIG book he co-authored with Poole. “And he blamed Suge for it. And he was very vocal about that. And he was going to the sheriff’s to apologize to Suge Knight and tell the investigators that they had this case against Suge that’s crumbling. And to abandon that case and get on board with solving the two biggest mysteries in rock n’ roll history. Or in music history…He felt very bad.”

Early on in his investigation, Poole expressed his belief that Knight conspired with several LAPD officers to have Biggie killed.

Murder Rap author Greg Kading also joined in on theMurder Master Music Show interview, slamming Poole’s investigation on Biggie’s death. He stated that Poole “failed at being objective,” and took note of the fact that he was pulled from the investigation over misconduct.

“An investigation was done on him for misconduct,” Greg Kading said. “He was removed from it. And those are just the facts. Now listen, I’m not saying Russell Poole is a bad guy. I’m not saying he’s a malicious guy. I’m saying he failed at being objective on this one particular case. Maybe he did a great job on everything else he did…I’m simply saying that on this particular case. He lost his objectivity and he fell short with his theory. That’s it. It’s not a personal front. It’s not a personal attack. It’s just a pure, objective comment about his investigation.”

Kading’s interview comes weeks after the release of the Murder Rap: Inside The Biggie & Tupac Murders film. In the film, Kading’s theories on who killed Biggie and Tupac are revealed.

Audio from Greg Kading and Michael Douglas Carlin’s interview with the Murder Master Music Show can be found below.