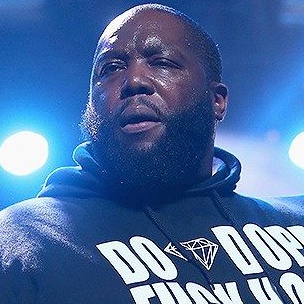 Atlanta, Georgia rapper Killer Mike spoke on “white slight and white fragility,” while appearing on “Real Time With Bill Maher” earlier this week. In regards to Beyonce’s “Formation” record, the Run The Jewels rapper revealed that the conversation in the song wasn’t meant for white people.

“Speaking of white slight and white fragility,” Killer Mike said. “White people, it’s not always about you. And what I mean by that is, when you hear her talk about the record. She says first, ‘I’m not in the Illuminati.’ She’s talking to other black people saying ‘Look stupid, because I’m not at Ferguson when you want me to be, doesn’t mean I’ve sold you out.’ And then the rest of the first verse is about her telling other black people ‘I like being black. This is the type of black I am. I like the fact my daughter’s black. I like my old Michael Jackson nose. I like my child with an afro. I like me.’ White people that conversation wasn’t even for you.”

Killer Mike later shared his knowledge of the Black Panthers, stating that the group was for “all people” and was considered “a Socialist group for any downtrodden people.”

Video of Killer Mike speaking on Beyonce’s Super Bowl performance and the Black Panthers, can be found below.