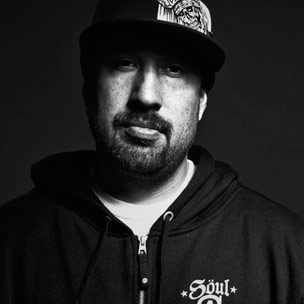 B-Real exclusively announced the title of the new Cypress Hill album, Elephants On Acid, with HipHopDX.

“It’s pretty much in the finishing stages,” B-Real adds during a recent visit with Dash Radio’s PROPHETsioNELZ hosts DJ Nelz and DJ Prophet. “Muggs, I believe, is mixing it.”

Cypress Hill’s last project, Rise Up, was released in 2010 and the Los Angeles native explains the delay in between the crew’s albums.

“Cypress Hill has always traditionally took one to two years to make an album,” he says. “That’s not counting the time that we tour and stuff like that. Just because we like to do a lot of work and Muggs likes to flip things 10 times over. What you start with may not be what ends up there, so when I did all my stuff I left the studio. I didn’t take no demos, no nothing. I don’t know what the fuck any of it sounds like until the very end.”

Elsewhere in the interview, The Smokebox host addresses the trend of rappers getting into the marijuana industry.

“Now since it’s more acceptable, it’s the thing,” the Medication rapper says. “Now you’re seeing people that never fucked with the weed before say that they want to get into the weed business, too. Bad Lions got a fucking collective. ‘Fuck, why can’t I get a collective?'”