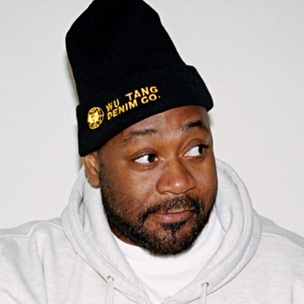 “Never seen someone real cry to his momma to handle his biz,” Shkreli tweeted snarkingly, following his initial viewing of the clip. Soft-serve ice cream rappers should shut they mouth before they get told again.”

Never seen someone real cry to his momma to handle his biz. Soft-serve ice cream rappers should shut they mouth before they get told again.

It was indeed Shkreli who fired the first shot when he made a similar video warning GFK about crossing him regarding the much ballyhooed album, Once Upon a Time in Shaolin.

The cold war between the Wu and Shkreli rages on.

(The previous entry to this thread appeared on February 9, 2016. The entire thread is as follows.)

Ghostface Killah issues a response to Martin Shkreli, after being threatened by the former pharmaceutical CEO in a YouTube video.

Wu-Tang Clan lyricist Ghostface Killah featured his own set of goons in a newly-released video response to Martin Shkreli. Among Ghostface’s goons were Killah Priest and his mother, who at one point threatened to spank Shkreli, and two other mothers.

“This man is too good for you to be doing what you doing…Boy, I need to put you over my knee and spank your bumba ras clot,” Ghostface Killah’s mother said.

In the video, the rapper primarily addressed Shkreli increasing the price of an AIDS drug from $13.50 per pill to $750. During an interview with The Breakfast Club last week, the former CEO claimed the price increase was to avoid being prosecuted for not maximizing his profits.

“This is about AIDS right now,” Ghostface Killah said. “This is what you did to the people. To the American people and the people all over the world, man. I stand for them…What you need to do is get down with me and start helping these people out. That’s what it really should be. Because gangstas don’t move the way that you do…I know a lot of people that died from AIDS, man. And it’s just sad. But here go you, the devil in the flesh, trying to be the villain to Tony Stark.”

Ghost also addressed Shkreli’s comments about those in Wu-Tang being washed up. He questioned how those in the group can be considered washed up if they just sold a $2 million album.

Video of Ghostface Killah addressing Martin Shkreli, can be found below.