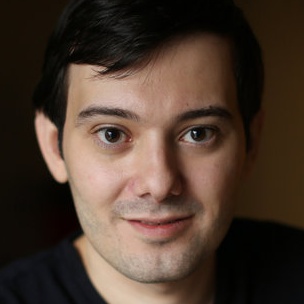 Martin Shkreli says video warning to Ghostface Killah was “meant to be a mix of satire and a mix of reality.”

Shkreli revealed that he does have respect for Ghostface Killah and the other members of Wu-Tang Clan, as artists. He then explained that shots were taken at him by Ghost, and he felt the need to respond.

“I have a tremendous amount of respect for the whole Clan, including Ghost,” Marin Shkreli said. “But we’re talking musically. That’s music. It’s a difference between music and real life and personas…’Son’ is a word that we use all the time. And it’s meant to show disrespect. As if you were my son…He disrespected me. He called me a ‘shithead,’ I believe…At the end of the day, it definitely felt like the guy was taking shots at me. In the Hip Hop game, as we all know, it’s not easy to be on the receiving end of those things without jumping back…It’s not even a Hip Hop thing, it’s a man thing. You take shots at me, I’m gonna come back at you. Especially publicly…It’s meant to be a mix of satire and a mix of reality. I have goons for real.”

In regards to bailing out the currently-incarcerated Bobby Shmurda, Shkreli says he was in talks with the rapper’s lawyer the day he himself was arrested.

“I would have loved to and I was in conversations with his attorney a day before I got arrested…What they’re doing to Bobby is ridiculously unconstitutional. And it’s disgusting,” he said.

Shkreli later provided some insight into the AIDS drug he purchased, and later increased from $13.50 to $750 a pill. He explained that companies can be prosecuted for not maximizing their profits.

Additionally, Shkreli revealed that nearly two-thirds of the drug is sold for free to people without health insurance.

“The number one thing I’d say is in law…You can be prosecuted for not maximizing profits,” the former Turing Pharmaceuticals CEO said. “In fact, I know people who have. And you have to do everything in your power to make as much money as possible in the system we’ve got. That’s business. You can’t hold back. You can’t go halfway. And we did the analysis. We said ‘We can go to 750.’ And nothing’s changed. People will pay the 750. Not people. Insurance companies, companies, etc. No one’s gotta actually throw the bills down…It’s very rarely used. So, in the scheme of things, this is 0.00001 percent of the drug business…There’s drugs three times this price. 10 times this price. This is not an insane price. If you know the drug business, you know this is not that expensive…Two-thirds of the drug we sell for free. People don’t know that. People don’t want to know that.”

Video of Martin Shkreli speaking on his video to Ghostface Killah, and a variety of other topics, can be found below.