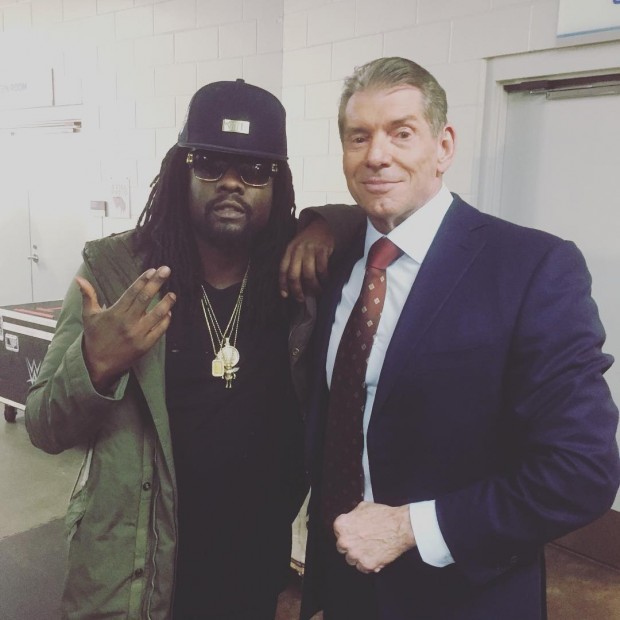 After two years of Wale feeling blackballed by the WWE after reportedly punching a heckler during a Monday Night Raw event, the rapper recently got a chance to hang out backstage after the event in Miami, signaling an end to the alleged ban.

While backstage, Wale got to take pictures with Triple H, The Rock and WWE owner Vince McMahon.

The MMG rapper expressed his desire to eventually work for the entity.

“I actually want to work there and I don’t know if [Vince and Triple H] heard about good Wale or bad Wale. Or if they even know what a Wale is,” the D.C. rapper told TMZ Sports.

According to TMZ, a rep from WWE says there was never an official ban on Wale.