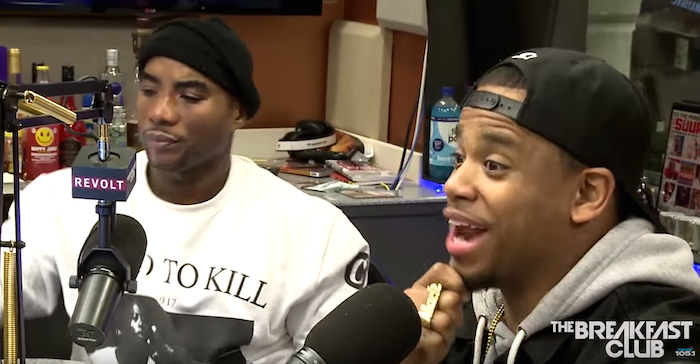 Mack Wilds started off the year right with the more tenured side of his dual artistic persona by appearing in VH1’s The Breaks.

The made-for-TV film raked in 2.6 million viewers alone on its opening night (January 4), sparking a charge for more nostalgia pieces of Hip Hop cinema, which is where Straight Outta Compton left off.

Wilds, 26, appeared on The Breakfast Club early this morning and gave his two cents on the growing disparity amongst the Academy Awards and its voting process that seems to exclude African-American actors on a regular basis.

“It gets into a long conversation…but the only thing that I will say is, ‘Is it a messed up situation?,’ absolutely,” he replied, answering his own question. “It’s horrible that we’re still [in this same predicament]. But is it something new? No.”

He also agreed with Angela Yee that it was great that several high-profile figures in Hollywood were speaking up and doing something “about the injustice.”

Oscar host Chris Rock’s publicist recently shut down speculation over whether or not the famed comedian was going to address the controversy come February 28.

On the music end however, Wilds is no stranger to being privy to seeing his hard work receiving accolades. His 2013 debut album, New York: A Love Story earned him and producer Salaam Remi and Grammy nomination for Best Urban Contemporary Album. Both Charlamagne and DJ Envy shamelessly admitted to sleeping on the project until they saw the traction it was getting from their peers.

Speaking of The Breaks, Mack Wilds also hinted that there is a strong possibility that the movie may be morphed into a television series (hence the open-ended conclusion).

Watch Wilds discuss the billion-serving Adele video, Jaheim getting run out of his own hood and more in the video below.