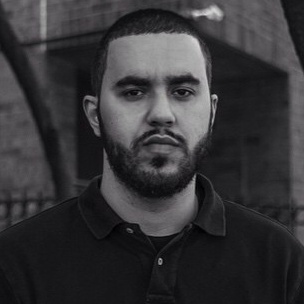 Your Old Droog says seeing A$AP Yams succeed in the music industry inspired him to step his game up.

During an interview with We Made It NYC, Your Old Droog spoke on the late A$AP Yams, who he referred to as “the homie from early.” He revealed that seeing Yams’ come up motivated him, and also left him paying more attention to how artists were breaking into the industry.

“Seeing my man kinda come up in the rap game, it definitely motivated me,” Your Old Droog said. “I was like ‘Alright yo, somebody I know is making moves. So yo, I gotta step it up.’ Cause it let me know it was real. A$AP Yams, God bless the dead. That was the homie from early. When I saw what he was doing with them, it made me pay more attention to how cats are getting on and stuff like that. Cause the game changed. It wasn’t no mixtapes. None of that.”

Prior to speaking on A$AP Yams, Droog recalled being burned in a battle when he was 14-years-old. He says he was battling someone much older than himself, and at the time didn’t know how to rhyme on beat.

“Kids used to come to the school and battle…That was what it was,” the rapper said. “‘My man will burn you.’ And then we’d see what’s what. Getting into little battles on campus. Actually, the first year of school, this older cat—He was like 20. I was like 14 in school. And I ain’t know how to rhyme on a beat…I only just wrote rhymes and said ‘em acapella. And this dude—They did the beat on the table, the Spanish table. And he came with the ill reggae style. But I ain’t spit back. It was more like he just stood and rhymed. I was like ‘Okay, I gotta go to the crib and learn how to rhyme on a beat.’”

Video of Your Old Droog speaking on being motivated by A$AP Yams, can be found below.