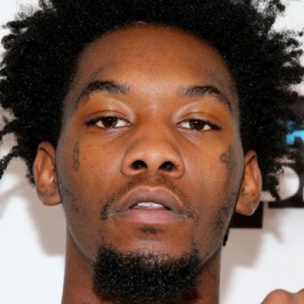 Migos’ Offset reveals why he chose to take a plea deal in the case against him.

“Either I had to say in jail and try to go to trial—which I would have beat, but it would have been a long process and I would have still been in jail right now—or I could take this probation, so I could be with my kids and my family, supporting them,” Offset said. “I can’t do nothing when I’m in jail, so I had to take the punch. Whatever I had to do to get free I was willing to do it, so I did what I felt like that was the best for me. And I’m out now. It was a kind of hard decision to make, but I took the first way out. I’m glad I made the decision because now I can get back to the money. I can get back to what I love, I can get back to my family. I can go on the road. When I was in there I couldn’t do none of that. I don’t belong in there.”

In April of last year, following a performance at Georgia Southern University, Offset was charged with marijuana possession, possession of a Schedule II controlled substance, carrying a weapon in a school safety zone, and possession of a firearm during commission of a crime. He was released from jail last month.

During the time the rapper was in jail, Migos released their Young Rich Nation album. While speaking with The Fader, Offset was asked what it was like missing yet another release because of jail time.

“I mean, I been through it before,” he said. “So this time I felt like I should just get [my time] over with. Once it’s over with, it’s over with. It probably wouldn’t be that long. I was also so happy to see [their success]. Like, for solo artists, everything stops when they go in. I was happy to see them, that the tape did good, and how hard we still was. So I was proud, too, watching them do their thing. That’s my family. It made me feel good because I knew that when I touched down, the ball would still be rolling. I could get in with the group, we stick together. It’s still the three of us, it’s still money being made while I was pinned down. I did want to get out at the same time.”

Later in the interview, Offset stressed the importance of having to be careful given that he doesn’t have any strikes left.

“I’m way more motivated to be careful, because the next time could be worse and I might not come home. I don’t got no more strikes, so I got to make sure I stay on my toes,” the rapper said.