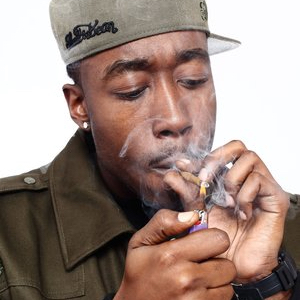 Freddie Gibbs released his latest album, Shadow of a Doubt on November 20 of last year but music hasn’t been his only endeavor.

Recently sitting down with Cypress Hill’s B-Real in The Smokebox, the Gary, Indiana native talked to the Hip Hop king of weed about his marijuana strand and why he wanted to create one.

“We got this Freddie Kane Strain, smoking a little of it right now,” he said. “It’s Freddie Kane OG. We coming with the oils, all different kind of flavors so be on the lookout for that Freddie Kane OG… Looking at guys like you, Berner, I see you niggas doing your shit,” Gibbs continued. “I’m really not just a rapper like, ‘I’m about to put my name on weed. Nah, definitely not. I’m definitely working with the culture.”

Also during the interview Freddie Gibbs talked about how he was influenced to create his collaborative “Extradite” song with Black Thought and how he’s been trying to keep his body in-shape by staying off all drugs beside weed and working out constantly.