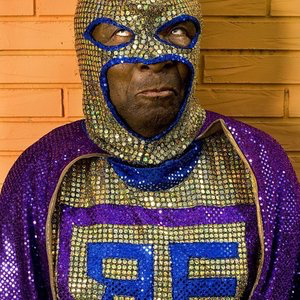 The beginning of 2016 has been marred by death and today marks another passing of a music legend.

Blowfly, a renowned singer, producer and rapper, passed away today (January 17) according to a post on his official Facebook page. Born Clarence Henry Reid, the 76-year-old artist was in the midst of a battle with terminal liver cancer. His condition was announced just days ago by drummer, “Uncle” Tom Bowker.

Born in 1939, Blowfly was regarded as the “original dirty rapper” and toured with many Hip Hop acts over the years. Numerous artists from the culture have sampled the groundbreaking musician including Eazy-E, RJD2, Wu Tang Clan, Method Man & Redman, DJ Quik, DMX, Main Source, Jurassic 5, Big Daddy Kane and Brand Nubian. He was also known for how he dressed, often donning a mask and cape while performing.

Over five decades, Blowfly released 26 different albums, not including his forthcoming and now posthumous effort 77 Trombones, which is slated for a February drop.

Clarence Reid, the genius known both by his given name and as Blowfly, the Master of Class, passed peacefully today,…

View some of the music world’s reaction to Blowfly’s passing below:

please send positive and warm thoughts to my uncle blowfly love you all — atmosphere (@atmosphere) January 13, 2016

Just saw the Legend “Blowfly” has terminal cancer & is in Hospice care..Ur Dirty Raps got me thru High School in the 80’s. @BlowflyOfficial — DJ Premier (@REALDJPREMIER) January 13, 2016

I had the great privilege of playing with BLOWFLY. So much joy. R.I.P. Clarence Reid.

Rest in Peace to Blowfly. Had the pleasure of touring w/ him in 2006. Legend and amazing showman. https://t.co/sVfbHP5v1m

RIP Blowfly. Thanks for the insanity and the mask. @blowflyofficial https://t.co/ncfbyIDHLu

RIP Clarence Reid a.k.a. Blowfly. Your Music is classically Funky.