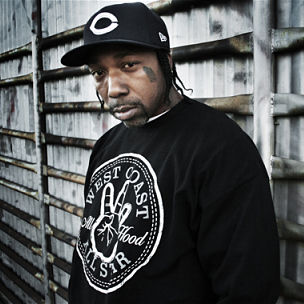 MC Eiht discussed the origins of his beef with DJ Quik, and the conclusion of their feud, during an interview with Vlad TV.

According to MC Eiht, his feud with fellow artist, DJ Quik stemmed primarily from “people’s misunderstandings.” He recalled releasing a record titled “Death Wish,” which included a lyric that was assumed by others to be a diss aimed at DJ Quik.

MC Eiht revealed that he didn’t know who DJ Quik was when he penned the record.

“Honestly to me, this Quik shit got started over just people’s misunderstandings of shit,” MC Eiht said “He was a Blood. I was a Crip. Okay, that was natural. That was gonna start some natural beef. But at that time, niggas that got into the rap game weren’t really—I was a Crip. I didn’t tell you that on my records…On Straight Checkn ‘Em, I had a song called ‘Death Wish.’ Okay? Never knew who Quik was…I don’t know how it got back to him. I had a song called ‘Death Wish.’ In the song, it had a verse that said ‘Biting me quick, would mean you get my dick sucked quick.’ People took that to say I was dissing Quik. I never knew him. It was just a phrase to me.”

In regards to the end of their feud, MC Eiht says things began to reach their peak following the deaths of the Notorious B.I.G. and Tupac Shakur, and a fight that resulted in one person being killed.

The rapper explained that both he and DJ Quik were ultimately able to talk things out. He added that without any outside chatter from others, the two put an end to their feud.

“After Biggie and Pac and then all that crazy shit, I think it started getting to a point where we didn’t want to see any real serious shit going down,” he said. “Because after he—In the club shit. And there was a big fight, I heard. It was a serious fight and somebody did get killed. It started getting real serious. So, after that, I took it upon myself to not even make anymore ‘Death Wishes.’ We ran into each other. And then I was fuckin’ with Snoop a lot. And he was fuckin’ with [Death Row] a lot. So, we would run into each other [at] places. I was with Snoop somewhere at a studio and Snoop had to go do an interview for BET. And they asked me to come. They said Quik was gon’ be there…I went to the interview. He was there. We talked about it.”

Video of MC Eiht speaking on his feud with DJ Quik, can be found below.