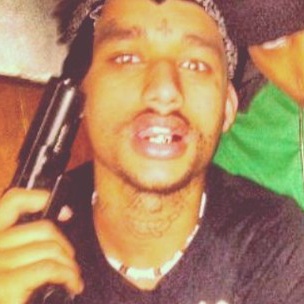 During a newly-released interview, Chxpo says he didn’t take aim at the late A$AP Yams on “Cookin Yams.”

While speaking with Hip Hop Revival, Cleveland rapper Chxpo was asked about his “Cookin Yams” record, which was assumed to be a diss aimed at A$AP Yams and A$AP Mob. According to Chxpo, he was “just playing” on the record, and described the song as being more of a message to A$AP Mob than a diss.

Chxpo later recalled there being a peace treaty between SpaceGhostPurrp and those in A$AP Mob, but says it came to an end when A$AP Rocky began “sneak dissing on the internet.”

“We was been trying to get on they ass, but SpaceGhost he was sparing them niggas…It was a little peace treaty,” he said. “But that shit dead now. A$AP Rocky was sneak dissing on the internet and shit. But only message I got to the public is it wasn’t no A$AP Yams diss, it was an A$AP Mob diss. I didn’t say ‘Fuck A$AP Yams.’ I said ‘Fuck A$AP Mob’…I ain’t beefing with nobody. Everybody I beefing with dead…If a nigga wanna go to war, we can go to war. But I ain’t beefing with nobody at the moment.”

“Cookin Yams” was released last week, and comes years after SpaceGhost began his feud with those in A$AP Mob.

Video of Chxpo speaking on “Cookin Yams,” can be found below.