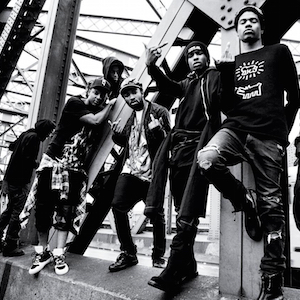 A$AP Rocky and A$AP Ferg and the rest of the A$AP Mob are set to honor A$AP Yams tonight (January 18) through Yams Day. The group is slated to perform at Terminal 5 as a tribute to the late member.

A$AP Rocky shared the dress code for the event on Twitter, which consists of some of A$AP Yams’ signature wear.

“Today is Yams day through out the world!” he writes in a series of posts. “Even if you can’t celebrate with us turn up for him where ever your at!! #Nationalyamsday. Yams spirit bringing us all together to create r.i.p yams.”

(This article was first published December 19, 2015 and is as follows.)

A$AP Yams is officially getting his own tribute show and it’s coming next month.

The show is slated to be at Terminal 5 in New York City and take place on January 18. More artists are soon to be named.

A$AP Yams passed away earlier this year at the age of 26. Since his death, numerous tributes have been done including A$AP Ferg’s recent exhibition at Art Basel.