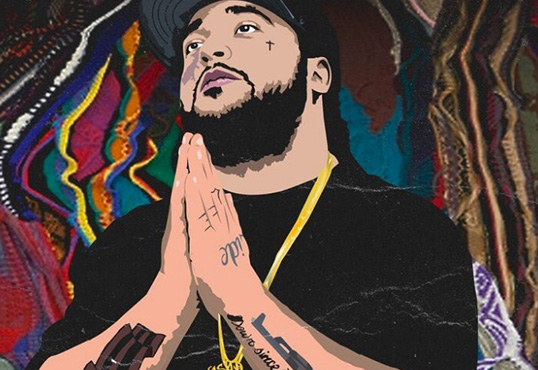 The book honoring A$AP Yams has a release date.

A$AP Yams Gems is scheduled to drop August 10 at a special book signing with A$AP Ferg in New York, according to A$AP Mob’s Twitter and a post on the group’s website.

The book, which collects words of wisdom from Yams’s Twitter, will be released to the public online August 12.

Ajani Brathwaite compiled the tweets and gave one of the first copies of the book to Yams’ mother.

According to the book’s product description, all proceeds from A$AP Yams Gems will go to the Always $trive and Prosper Foundation to help kids battling drug addictions.

A$AP Yams, who was a founding member of the Mob, died last January in what was ruled a drug overdose at the age of 26.

A$AP Rocky, A$AP Ferg and the rest of the crew have paid tribute to their friend many ways including a celebration concert called Yams Day and an adidas collaboration. And don’t forget the epic video for “Yamborghini High.”

On August 12, you can purchase A$AP Yams Gems for $40 at YamsGems.bigcartel.com.

In what might be my favorite picture ever, caught a flick of Mama Yams repping the gang with her copy of the #YamsGems book. #LONGLIVEYAMS Shot by Ajani Brathwaite, 2016.

The new link to buy the books: https://t.co/Gn8kXu14SA

(This article was first published January 4, 2016 and is as follows.)

A$AP Yams’ most memorable tweets to be placed in new book.

According to Complex, Ajani Brathwaite of the Bronx, is releasing a book, which will feature a collection of tweets from the late A$AP Yams.

The book of tweets, titled “A$AP Yams Gems Book,” is available for pre-order for $40 up until January 17. All of the proceeds from Brathwaite’s book will go to the family of Yams.

A$AP Yams passed away nearly one year ago at the age of 26.

To celebrate the life of Yams, a Yams Day concert will be held on January 18 in New York City. The concert will feature performances from A$AP Rocky, Flatbush Zombies, and more.