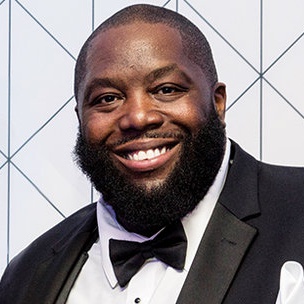 Killer Mike offered his advice on how white people can help bridge the gap between races, during an appearance on “The Late Show With Stephen Colbert.”

While speaking with late night talk show host, Stephen Colbert, Killer Mike was asked what white people can do to bridge the gap between races. He explained that white students in particular can help bridge the gap by mentoring a student who is of a different race or religion than them, and showing them the path to college.

“White people who are watching, Google ‘Jane Elliott,’” Killer Mike said. “She has an experiment called ‘The Blue & Brown Eye Experiment.’ I encourage you all just to simply watch that. Cause it’ll actually grow you…If white people are just now discovering that it’s bad for black people or working class people in America, they’re a lot more blind than I thought. And they’re a lot more, choosing to be ignorant than I thought. The same problems that we’re discussing today, we discussed in 1990, 1980, 1970, and 1960. And until we call a spade a spade, and we say that this problem is coming from conditions that we’re creating or allowing to happen, as a white group of people who hold a certain amount of power.

“The message that I preach to white kids that are in Tallahassee,” he added. “That are in Atlanta, Georgia Tech. That are in places like New York is get out of the college environment. Find a child that is marginal or doing exceptional in school, who’s a minority, who doesn’t look like you…Help that child matriculate into college…Teach them the path you were taught to help them become a successful human being.”

During the interview, Killer Mike also revealed the origins of his rap name. He says it was a name that came about while he was battling a group of students when he was a kid.

“Well, I didn’t name myself,” Killer Mike said. “So, I wanted to say it wasn’t like some kid was standing in a mirror and decided he was a killer. I actually would have been Bugati Mike or Ferrari Mike. I rapped against a kid, as a kid. And I rapped against him really well. Then seven or eight other guys. And the guy stood on a desk much like this and said ‘That guys’ a killer.’”

Video of Killer Mike speaking on ways white people can bridge the gap, can be found below.