Lil Durk Fires Back After His DJ Gets Sucker Punched 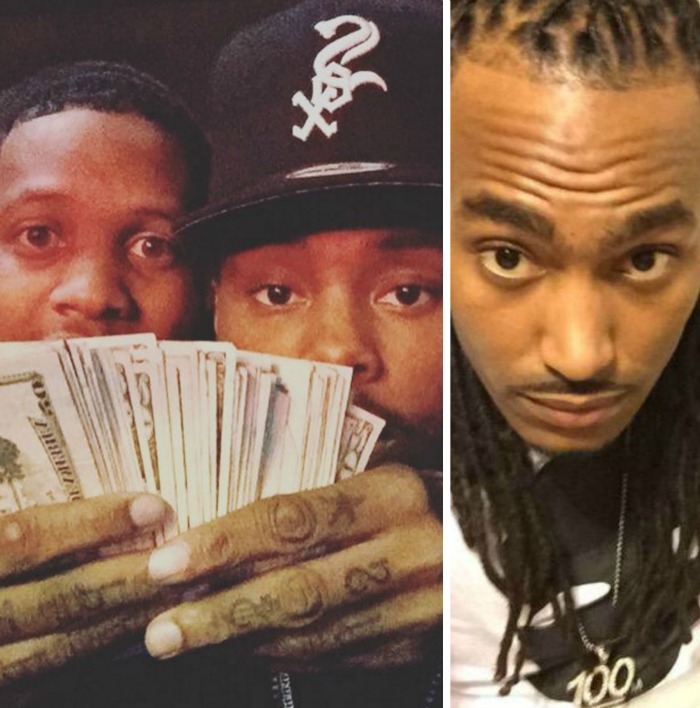 Just one day after Lil Durk relayed to HipHopDX that Chicago violence is being overrated in the media, does his own turntablist, DJ Bandz fall victim to a sneak punch in a local mall.

Rival rapper Mubu Krump is taking the credit for the unprovoked act of savagery, which was recorded on a cell phone yesterday (January 5).

“We just scored” Krump gloated on social media as he posted the video that depicted DJ Bandz being knocked to the down by a left hand haymaker.

“It’s goes down @lildurk_ u wasn’t in time my nigga… Share yo location we can meet #PUTTHEGUNSDOWN @djbandz #OTF,” he continued.

The incident spawned responses from both Durk and Bandz, who issued challenges of their own.

“How you sneak a nigga and run, though?” Bandz replied in an Instagram video. “That’s all you see is fast feet and asscheeks soon as the nigga swing, though. Motherfuckers can link up right now. No guns, no nothing. We can put the guns down and link up right now,” as he captioned they didn’t “need to involve” CNN or any other news outlets.

“See me and run nigga,” Durk said while adding a hashtag of #pussyboi for good measure.

Mubu Krump didn’t seem to mind as he exclaimed he was still getting tickled after multiple viewings of the brutal clip. He also exchanged in several tweets with DJ Akademiks, whose video of the snuff garnered the most traction on social media.

Tweets of the entire ordeal can be seen below.

It's goes down @lildurk_ u wasn't in time my nigga …Share yo location we can meet #PUTTHEGUNSDOWN @djbandz #OTF pic.twitter.com/UYgO9lqrRL

A "OPP" runs up on Lil Durk's DJ .. DJ Bandz in the mall and punches him.. Smh . pic.twitter.com/pwDex9Nbum

See me and run nigga #pussyboi

U bogus for not helping @DJ_BANDZ …. Niggaz ain't yo bro https://t.co/rnBwL8vjvC

That's not true cuz bay bay or rondo would be out …. I know all that rap talk and I want let a nigga trick me https://t.co/3SOX52YZcp