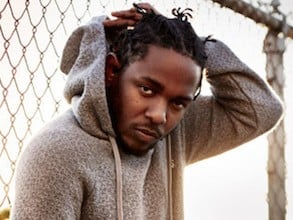 While discussing his “The Blacker The Berry” song, Kendrick Lamar says he is not making statements about others, as some have claimed. “It’s not me pointing at my community,” the TDE rapper says during an interview with NPR. “It’s me pointing at myself. I don’t talk about these things if I haven’t lived them, and I’ve hurt people in my life. It’s something I still have to think about when I sleep at night.”

The Compton, California rapper explains the reason why he’s rapping to himself on the song, which is featured on his acclaimed To Pimp A Butterfly album, in which he references the death of Chad Keaton, the younger brother of his best friend.

“The message I’m sending to myself — I can’t change the world until I change myself first,” Kendrick Lamar says. “For instance, when Chad was killed, I can’t disregard the emotion of me relapsing and feeling the same anger that I felt when I was 16, 17 — when I wanted the next family to hurt, because you made my family hurt. Them emotions were still running in me, thinking about him being slain like that. Whether I’m a rap star or not, if I still feel like that, then I’m part of the problem rather than the solution.”

Given his perspective, Kendrick Lamar says that he’ll include a certain amount of depth in his material.

“There’s a lot of other artists doing things outside of that depth that I enjoy — that music that I can actually have fun to, and not be in depth and think about, then I appreciate that,” he says. “But as long as I’m doing it right now, I’ma continue to say just a little bit more that pertains to what’s going on.”

To hear to the NPR interview in which Kendrick Lamar says, “I’ve hurt people in my life,” listen below.