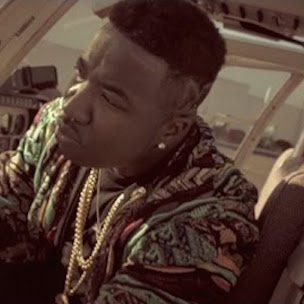 Troy Ave’s craving for Coogi began during his childhood.

The Brooklyn streets he grew up on were practically blanketed with the colorful luxury Australian retailer’s sweaters in the ’90s.

One rapper notoriously started the trend.

“Biggie put the brand on national mainstream and all the older heads in the street were rocking Coogi,” Ave says during an interview with XXL. “That was the fashion in the streets when I was growing up in the ’90s. Just being a kid you idolize and you want to acquire certain things when you get older. My mom would spoil me, too, so I would wear Coogi and shit like that and now, just to be having my own Coogi collaboration is incredible.”

Coogi has partnered with the “All About the Money” rapper to produce about 100 limited-edition cardigans. The brand noticed the Brooklyn-bred rapper’s taste for their clothing via Instagram. Fans would hashtag Coogi on Troy’s account when he wore the sweaters and eventually, the company took notice.

“I think the Coogi brand posted one of my pictures on their IG,” Troy says. “From there somebody reached out to me from Coogi and I sent them to [my manager] Hovain. We didn’t think much of it, but Hovain stirred up the pot and he ended up linking with Willie Esco, a reputable brand and person in fashion. Once they explained the idea to Hovain and the ideas of a collaboration, we were all in after that.”

Troy says, now he’s “100 percent involved” when it comes to the creation of his signature Coogi series. He fears, if he wasn’t as engaged, people are more liable to criticize him for the end result.

“I roll my sleeves up because at the end of the day they’re not going to say, ‘Yo, Coogi put out a wack collab,’ they’re going say, ‘Oh yeah, that Troy Ave collab was wack,'” he says. “So you have to be hands-on, so the fault is on you if it ain’t dope.”

Troy has high expectations for his first foray into the high-end fashion realm. The first sample is expected to be unveiled within the next few weeks but Troy is already looking forward to possibly putting together another installment.

“Coogi is a classic brand,” he says. “So if we put both of our minds together I feel like we’re going to do something incredible and I’m definitely looking forward to it. Right now we’re doing a cardigan. I might want to do a short sleeve piece next which is one of my favorite Coogi’s. Just fly shit.”

Troy Ave’s joint Coogi collaboration will be sold exclusively at Kith and Bloomingdales.