J. Rocc and MED have combined to form AXEL F. The duo is slated to release its debut album, Theme Music, November 25, news it is announcing exclusively through HipHopDX.

“Theme Music LP is the soundtrack to a street guy from the neighborhood named AF,” according to a release from MED’s Bang Ya Head imprint, which is slated to release the album through Fatbeats. “In the early 1980s, AF was well known for hustling, women and having local enemies. The music J. Rocc and MED provide on Theme Music sonically captures the emotions and attitude of AF. reflected dealing with the ups and downs of the streets. Based on a true story.”

Theme Music marks the first time J. Rocc has produced an entire project for a rapper.

The album also features Blu and Oh No.

The Axel F. cover art and tracklist are as follows: 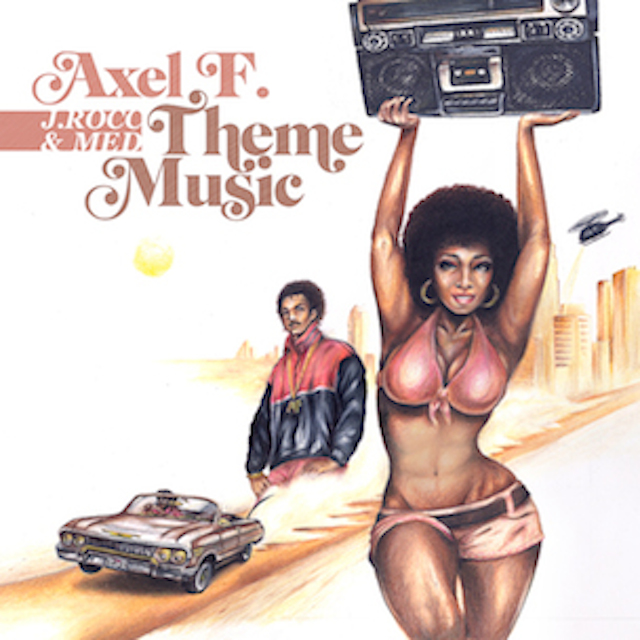 6. Tear The Roof Off ft. Marvwon