The cover’s tagline is “Break Ups 2 Make Ups of Rap’s Ultimate Crew” and the story is said to be an exploration of the group’s past disagreements and their reunion.

G-Unit was interviewed by Vanessa Satten, Miranda Johnson and Eric Diep. The group was photographed for the cover by Tom Medvedich.

The issue is set to hit newsstands October 17 and it is slated to feature Joey Bada$$, Cortez Bryant, Scarface and Royce da 5’9, among others. 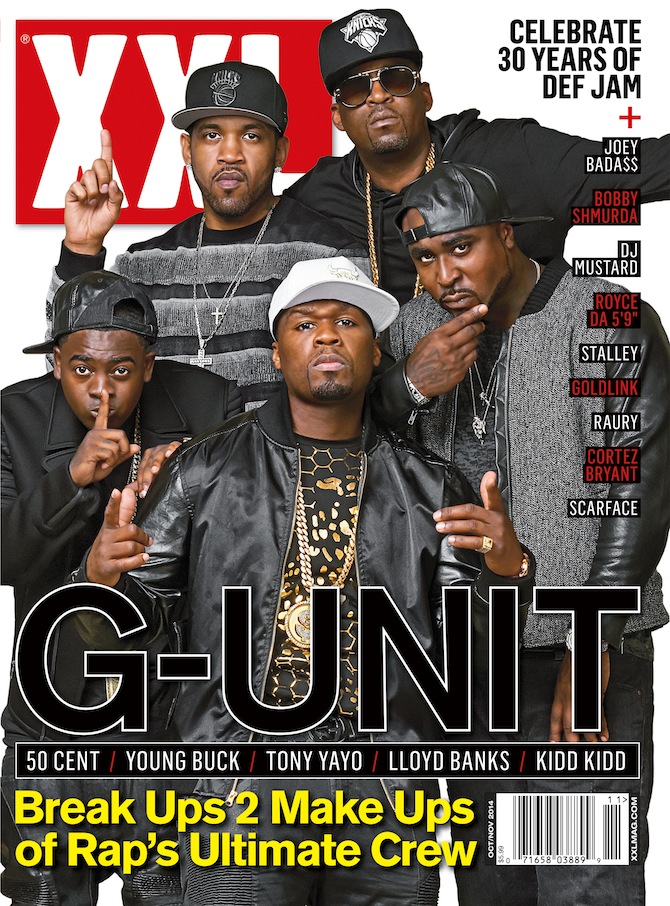 UPDATE: The G-Unit documentary, set to be released today (October 8), has been unveiled by XXL.

The documentary was directed by Kellen Dengler and produced by Vanessa Satten. Watch the trailer below.

UPDATE #2: The XXL G-Unit documentary is below.

UPDATE #3: The second portion of the XXL G-Unit documentary has been released.