50 Cent’s Animal Ambition earned the top spot. The album earned 703 thumbs up and 106 thumbs down. An anonymous reader commented on the effort, saying, “Shit album sales from 50 but this album done what he set out for it to do, get him back in position being talked about in hip hop. Lets see how SKI does in September if that doesn’t sell at least 80k its over. At this stage of his career 50 Cent is bigger than rap though.”

Other readers were less optimistic about 50 Cent’s album sales. A reader named “50 fell off” said: “Wow.I just got through listening to the entire 11 track album that 50 calls Animal Ambition.I am disappointed and there is no doubt a lot of Hiphop fans are disappointed too.Too much singing.Too many slow beats.You would think you are listening to another R&B artist instead of the gangster rapper with several hard hits we all used to bump our heads to.No hating here but 50 fell way off especially when you consider how BIG he once was in the game & also the fact that…this is a COMEBACK album. Smh.” 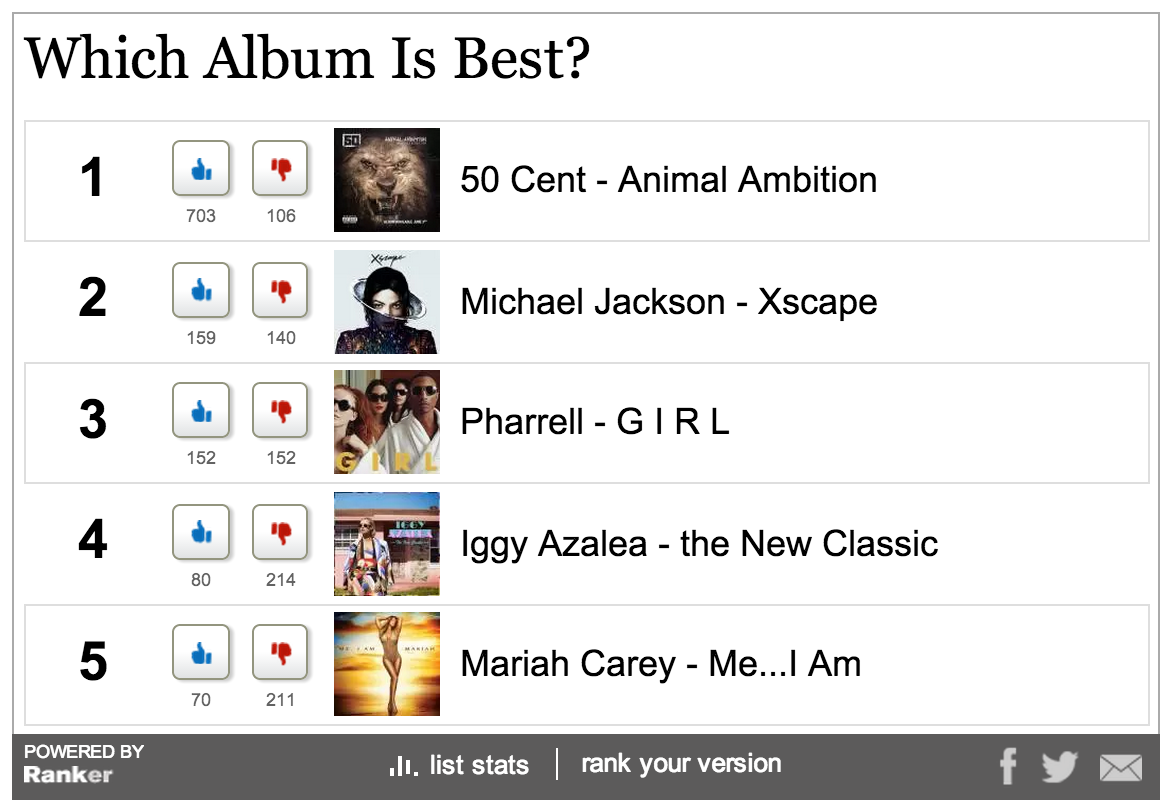