Mariah Carey’s Me. I Am Mariah…The Elusive Chanteuse album is set to be released May 27.

The first part of the album’s title comes from a “personal possession of mine that’s part of an entity that I’ve had almost all my life,” Mariah Carey says, as per Billboard. The project is based on a self-portrait that the singer crafted as a child. The portrait appears on the back cover of the disc. “Please don’t judge me for such a simplistic title,” she says in a YouTube announcement clip. “Come on, I was only three and a half.” The singer says The Elusive Chanteuse is her new nickname.

Me. I Am Mariah…The Elusive Chanteuse is set to feature production from Rodney Jerkins, Jermaine Dupri, Hit-Boy and Mike Will Made-It and guest spots from Nas, Wale, Fabolous, Miguel and Carey’s three-year old twins, Moroccan and Monroe.

Mariah Carey’s Me. I Am Mariah…The Elusive Chanteuse tracklisting is as follows: 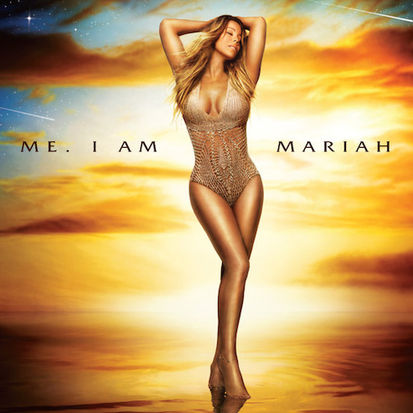 UPDATE: Mariah’s Me. I Am Mariah…The Elusive Chanteuse is available for streaming on iTunes.