An anonymous commenter said the following regarding this week’s list: “Thought-provoking lyrics don’t come from artists like Pharrell, Iggy, Future, August, and Derulo.”

Readers can respond to this week’s question by visiting HipHopDX’s Album Sales report, which was published Wednesday (May 7). The week’s question is: Which Album Is Most Intriguing? 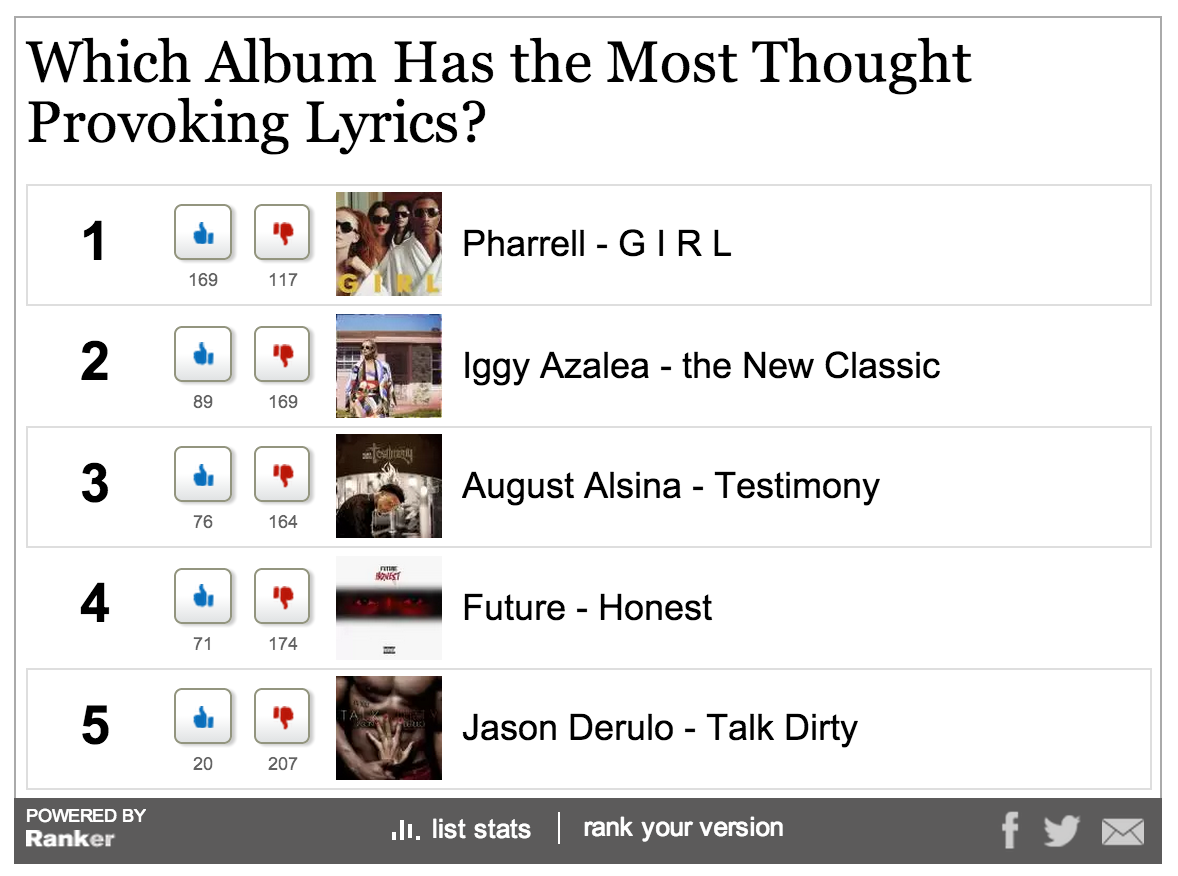