“Ha!…Steve Stout stays getting punked….but I have to agree with 50 on this one…he is one of the most dangerous people in our culture…he makes artist from our culture make themselves corny by working for corperate so he can personally gain…he’s wack and he makes everyone around him look wack…beware,” Dash said in the caption of a photograph featuring 50 Cent confronting Stoute.

The image comes from a February incident in which 50 Cent confronted Steve Stoute at a New York Knicks game. 50 allegedly confronted him over comments Stoute made regarding the rapper’s career.

“He hasn’t had a hit in a really long time,” Stoute said at the time. “I mean, he has not made anything musically that’s changed anything in a very long time. And I feel like he’s always like gearing up for something that never happens. Hopefully, now that he’s independent and there’s no record company to blame, his aggressive content can get on the air…I think he’s trying to get back, but those guys—you know, music is a great platform. If you’re an entrepreneur and you have a—you’re currently active making music. You’re currently active touching people with albums. That it makes it much easier for you to venture into business deals that will become successful using the music to parlay it to get it done. And without having any music that’s meaningful over the last—probably the last great song he’s made was ‘I Get Money’…Kanye’s put out three albums, four albums since then.” 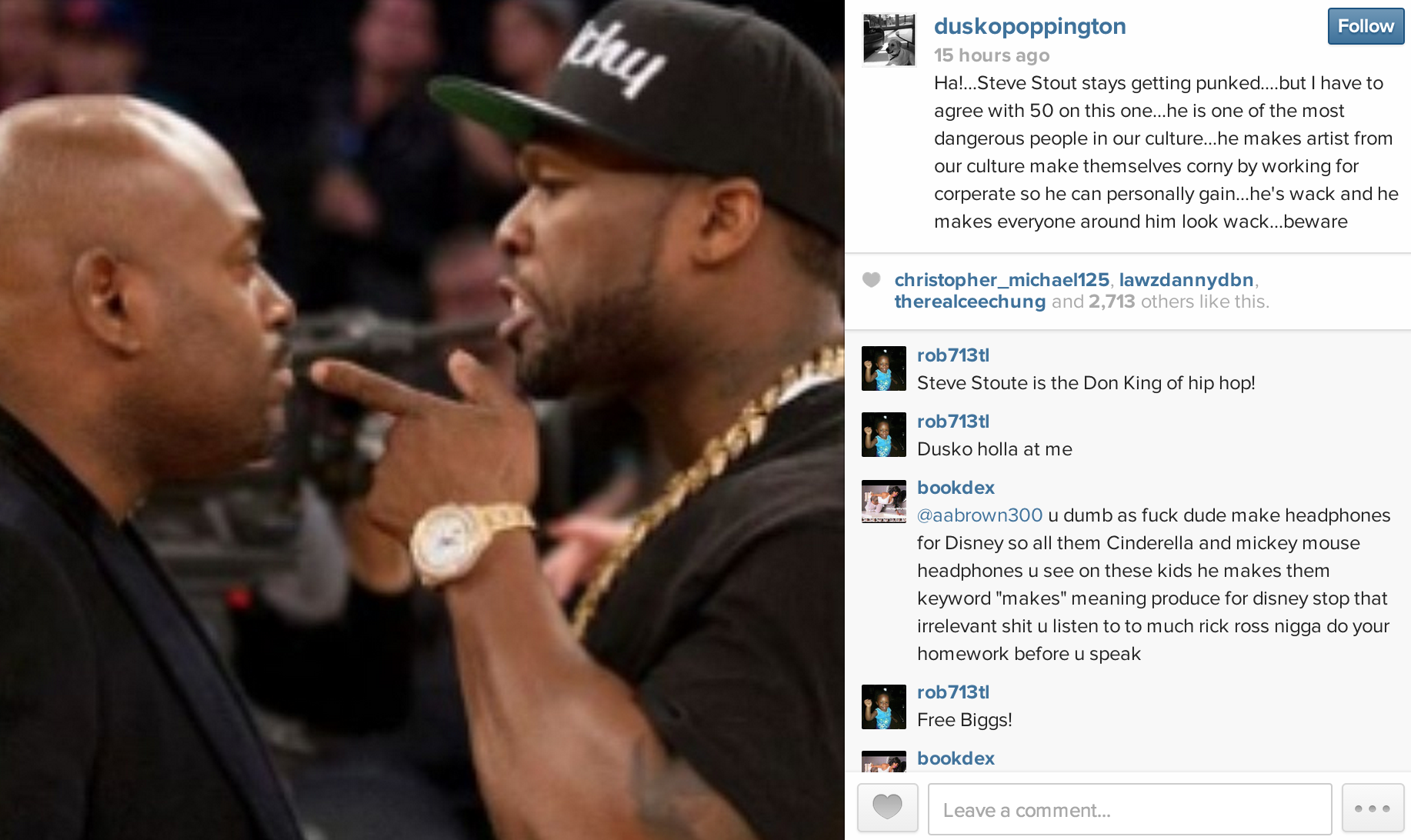